Romeo is a 5-6 year old male Cross-Breed. He is about 16-18kg. He is neutered, vaccinated and microchipped and is currently fostered in Crosby. He is the most loving human friendly boy who wants everybody to be his friend. He’s eager to please, loves his walks and a human willing to play ball would be great!

He was surrendered to our HQ (AARR) originally and has been in a pack but he went off to foster as an only dog as we felt he needed a foster home without so many others. Whilst he loves to play with other dogs, he can resource guard his toys and bones against other dog. 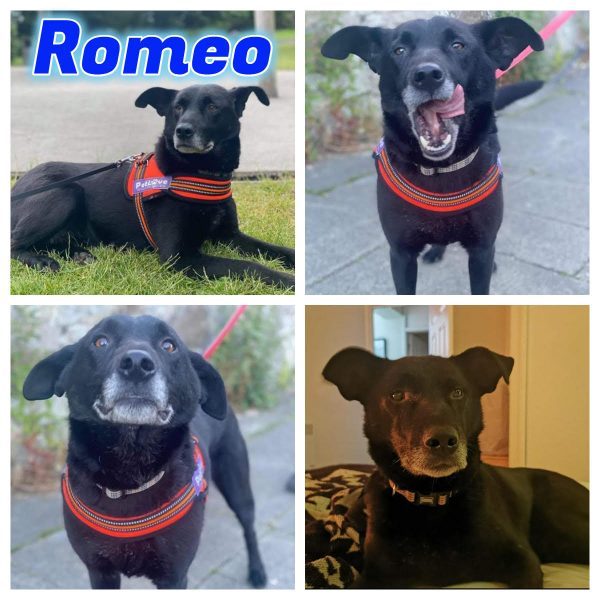 He can be adopted as an only pet or with a calm dog who isn’t too fussed about toys and would not be confrontational if Romeo was being possessive of something. He can be a strong boy for his size and needs a more semi rural or rural home who will continue to work with traffic reactivity.

He has a prey drive and those funny people called joggers who run without being chased could do with chasing he says! He’s a fit and active little lad and really deserves his own home. You must have 5.5ft min secure fencing and no children or cats resident to adopt. He is currently in the care of Active Animals Rescue and Rehabilitation.

Rescue Me Animal Sanctuary are a small foster home based rescue helping animals across Merseyside. All our animals are neutered, microchipped, flead and wormed.

We homecheck all prospective homes in Merseyside or near surrounding areas before adoption and offer post adoption support. For further details about adopting a dog, please email rescuemeanimalsanctuary@gmail.com or telephone 07952 017696.