Ruby is a 1 year old female Hound Cross. She is one of eleven dogs who were brought to the shelter together after their owner was struggling with addiction.

Despite not being able to take care of himself or his home, the dogs were actually in quite good condition, but it was a highly stressful environment for them all to be living in and we’re hopeful that the future for all of them now looks a little more promising. 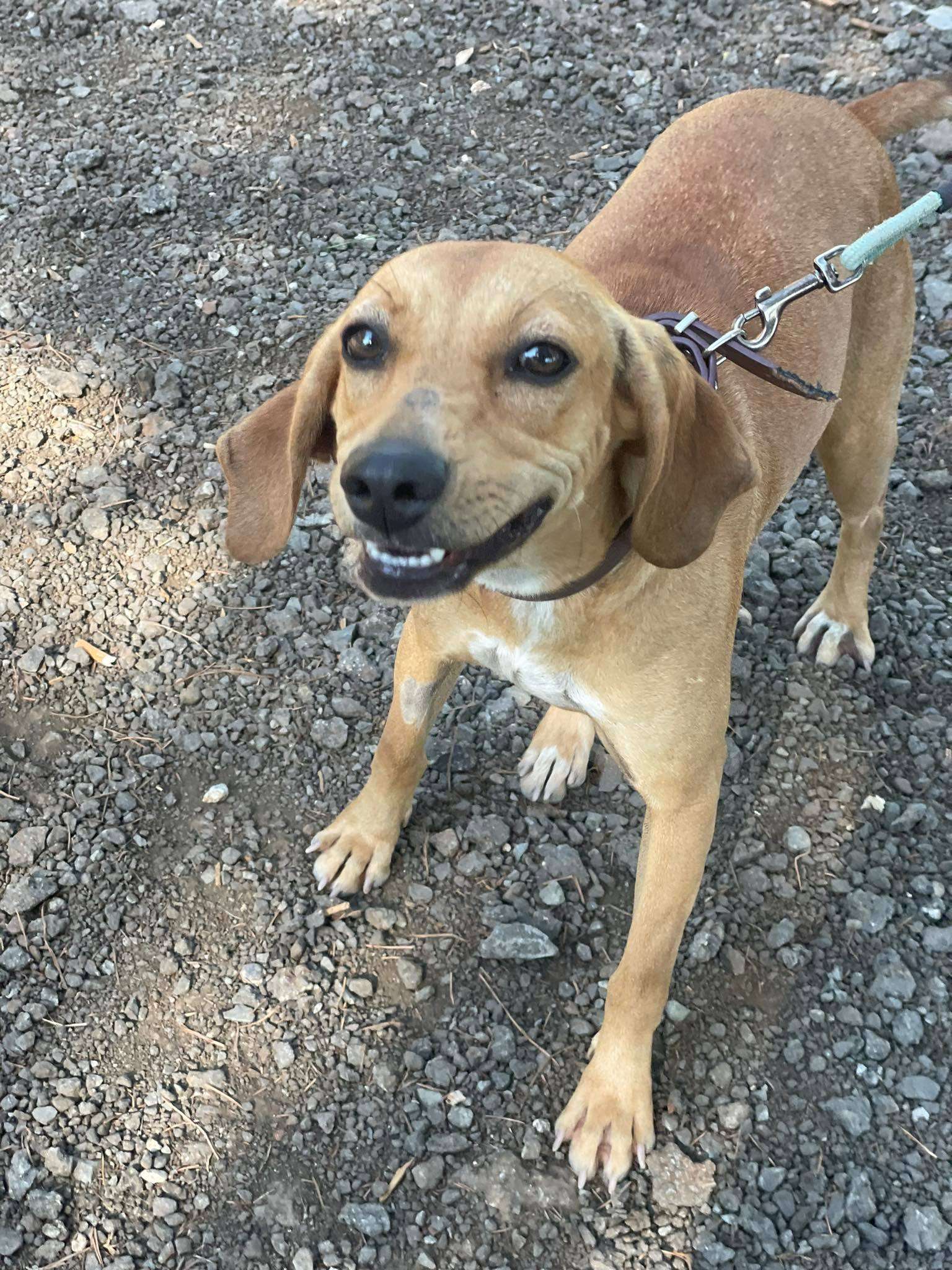 Ruby is a young dog, estimated to be around a year old. She’s lively, playful and very sociable with both people and other dogs.

She’s an obedient girl and is very keen to please, so we think she would be a great addition to a family interested in raising and training an adolescent pup. Ruby is a smart girl and likes learning new things. 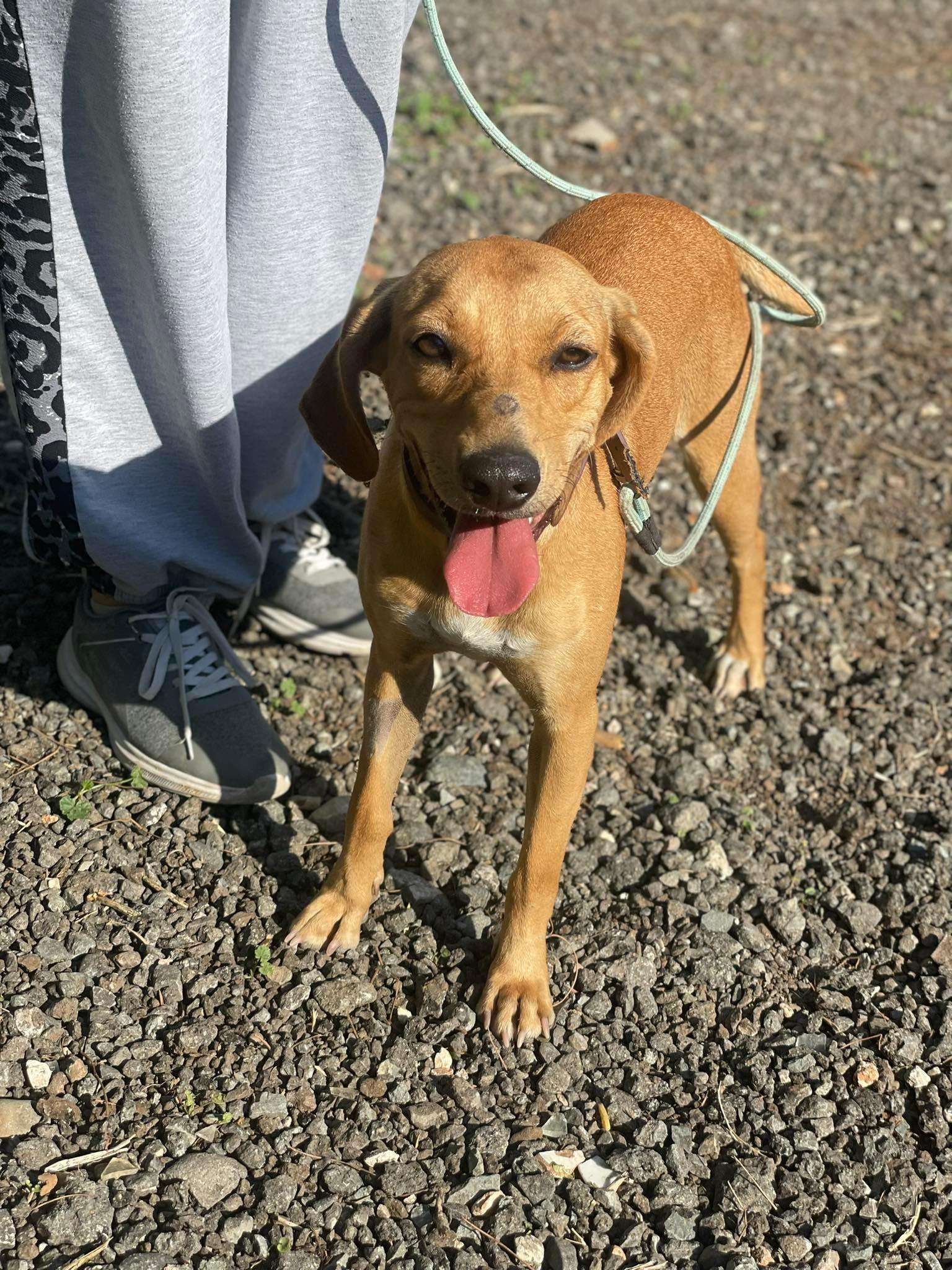 Despite not having any formal training since being in the shelter, she does have good manners and responds really well to positive reinforcement.

She looks to humans for reassurance and trusts quickly. Ruby’s first week in the shelter was awful for her and she cried a lot.

The confusion of changing environments and having everything familiar stripped away was very overwhelming for Ruby, so it took her a little time to decompress. 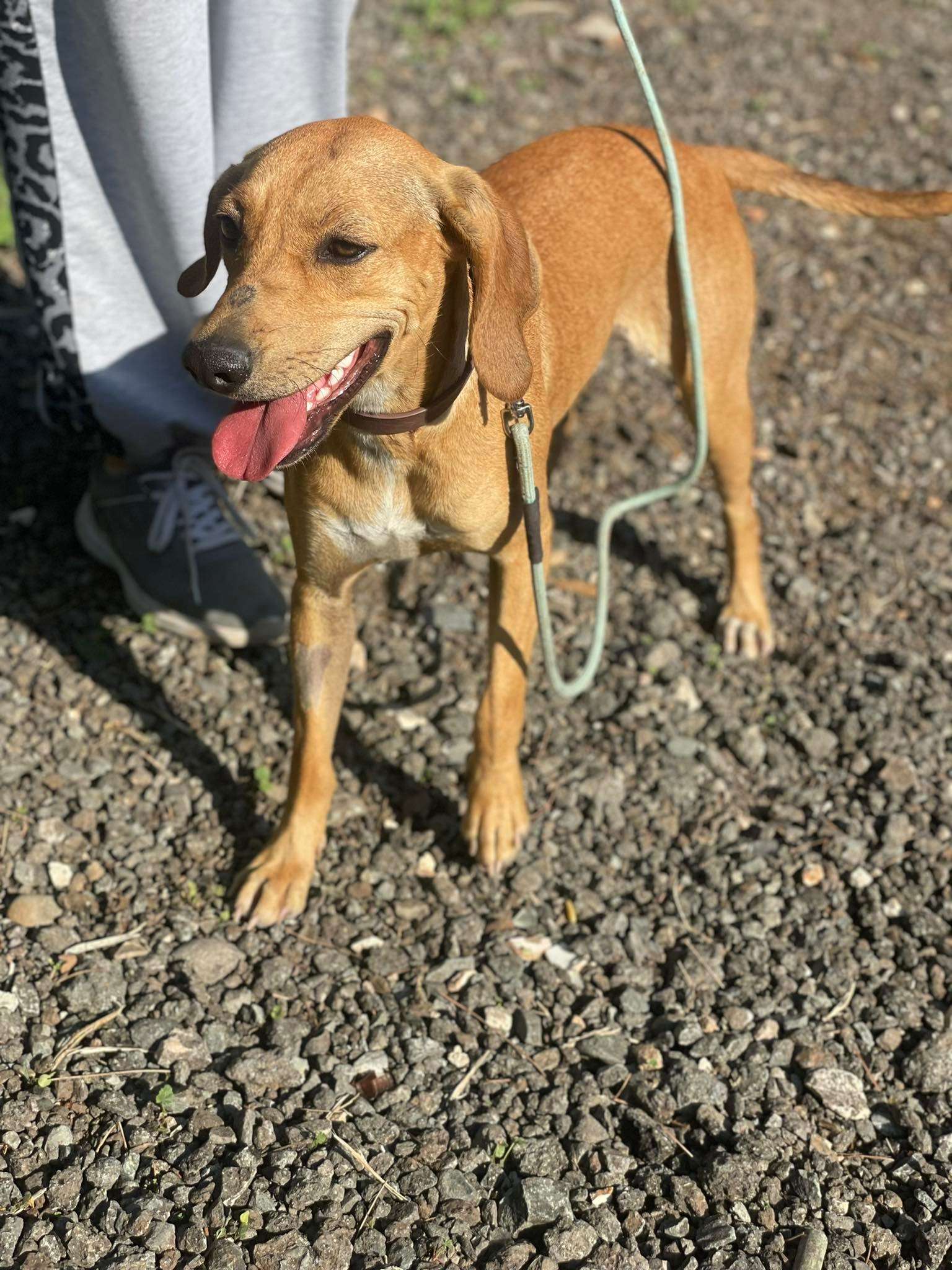 The mark on her nose in the photos was from her pushing her face repeatedly through the metal bars of her kennel, causing it to scab.

Now she’s more settled, Ruby’s personality is shining through and she’s winning over the shelter volunteers very quickly! She is a sweet-natured girl with an affectionate and friendly nature. 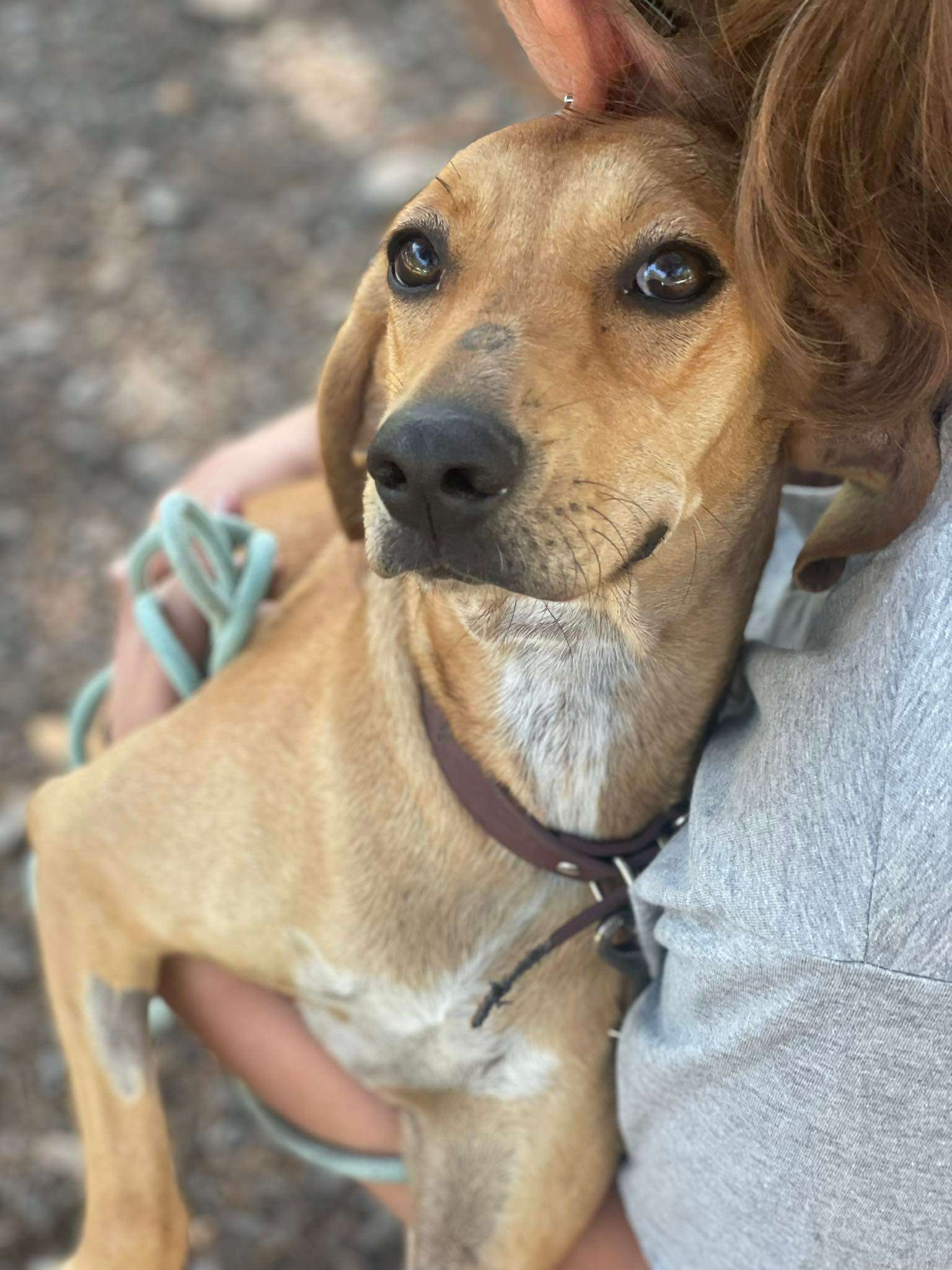 She loves making new friends, going out for walks, and sniffing in the dirt. She’s definitely a hound mix so would love a home outside of the city where she can scent to her heart’s (or nose’s) content.

Ruby’s ideal home would have a garden for her to play in and be surrounded by parks and green spaces for her to explore. 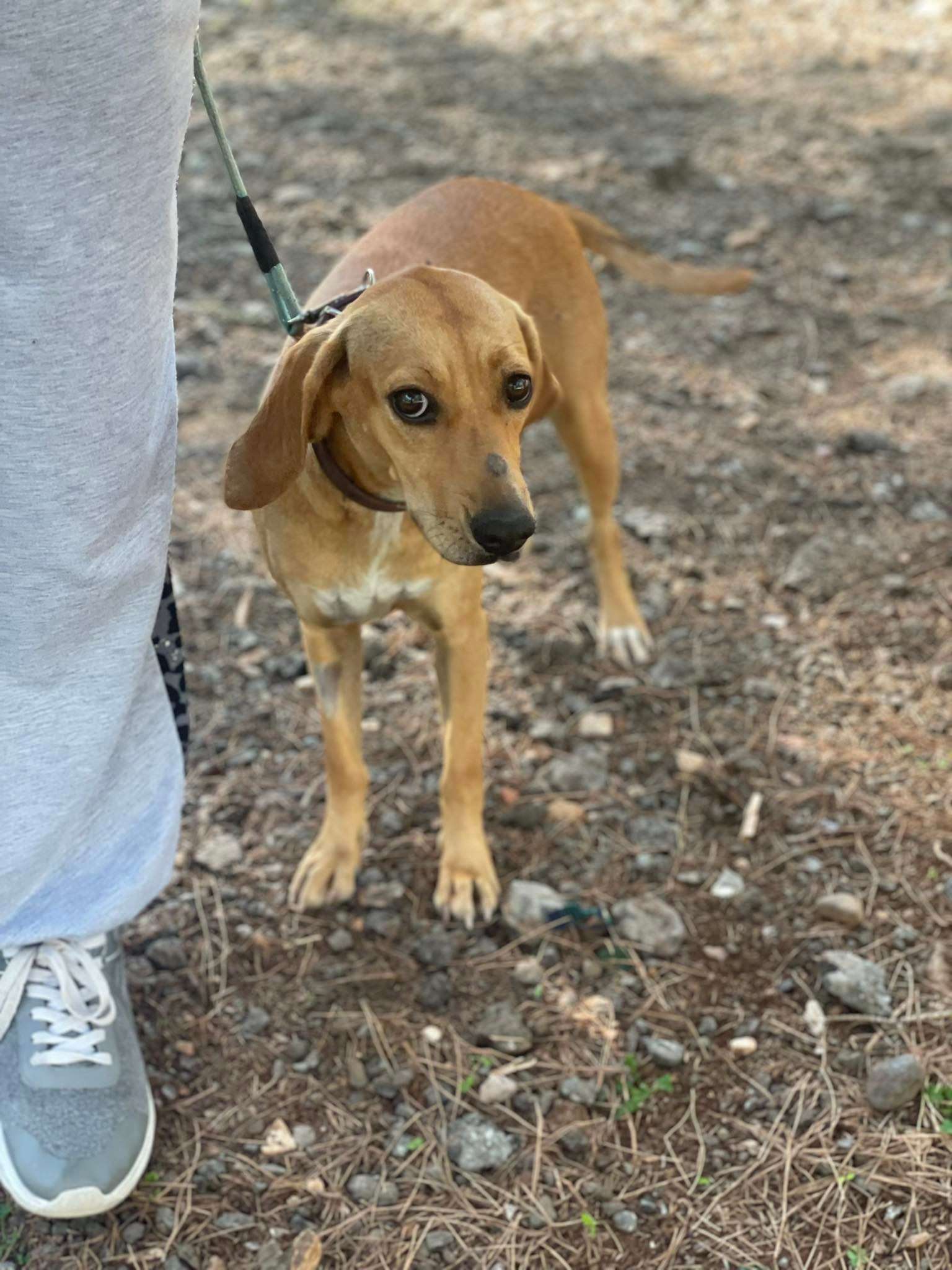 She’s quietly confident, but we think this will only continue to improve once she’s settled into a forever home. Ruby hasn’t been around young children before so we would suggest a home with children aged 8+.

She can be rehomed alongside other dogs but has not been tested with cats.

Ruby is currently based in Cyprus and has a clean bill of health. She is ready to travel once she finds her forever home.