Ruwi is a 7 month old male Cross-Breed. He be distracted by his devilish good looks or distinctive ears, he is a super happy, very playful and intelligent boy. He gets along really well with other dogs, the little ones just have to be careful around his strength. 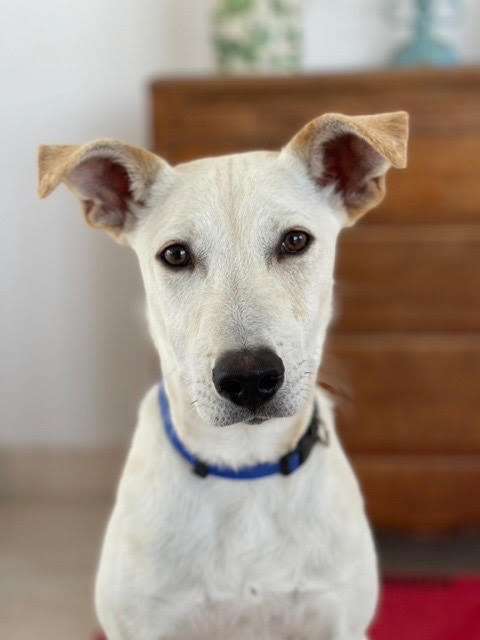 He also loves playing with children but should stick to the older ones (10+) until he understands that all his puppy energy and playfulness is not suitable for smaller kiddos. He is also good around cats but can easily be intimidated by them especially when they hiss at him. 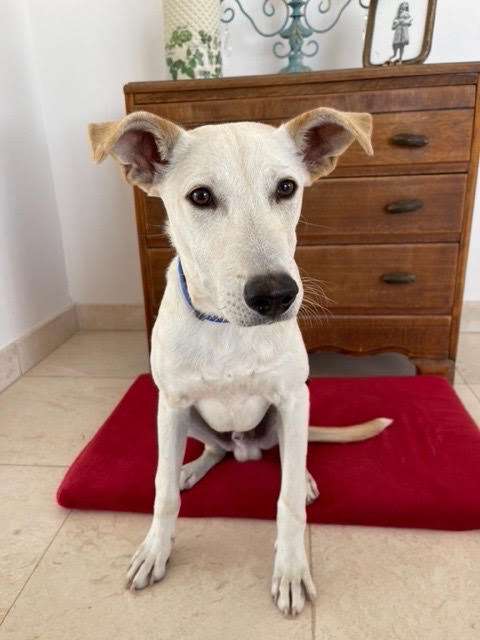 He LOVES playing fetch and is obsessed with making his humans happy. He is almost completely house trained, with only the rare accident if he gets scared. He comes when he is called and understands when he’s supposed to stop doing something. Overall, he is a gentle, sweet pup with a big heart. 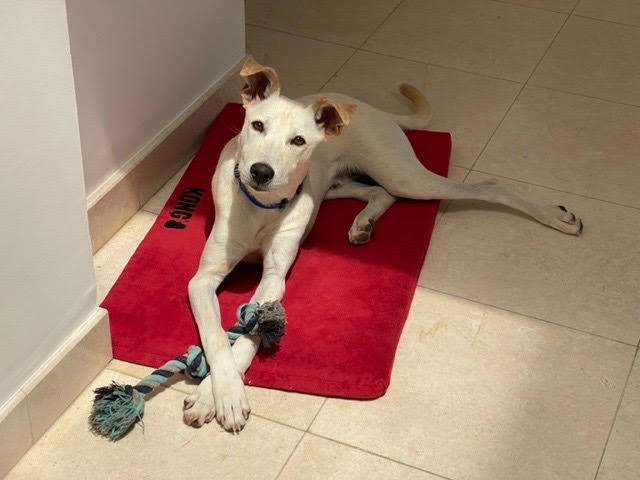 He would do best in a home with older children (around 10 and up) and some medium to larger dogs that he can play with. He has a lot of puppy energy and as long as he can run and play during the day he sleeps well through the night on his bed. Ruwi is currently in Oman and it would take 3-4 months to prepare him for travel to the UK.