Sammy is a 3 year old male Cross-Breed. Poor Sammy was found tied up to a tree, no food, no water, just left to his fate. Thankfully he was found by one of our volunteers and he was taken to a foster home until space became available at Happys. 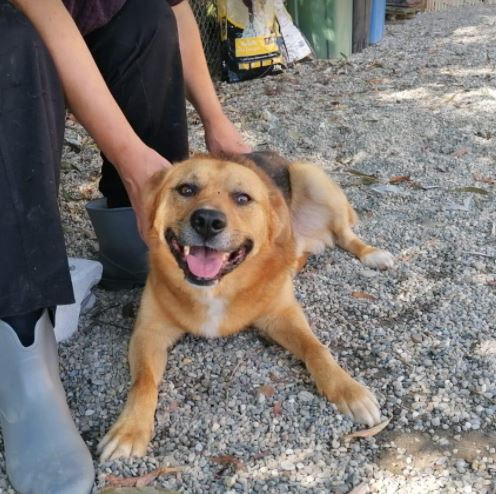 Once in foster Sammy bonded so well with the lady he would follow her wherever she went. Sadly the neighbours threatened to kill him, so he was brought to Happys to keep him safe.

Sammy has a lovely nature, he’s very good with people and dogs as long as they are not dominant males – he prefers females. He has not been cat tested.

For further details about adopting a dog from 1 Dog at a Time Rescue UK, please contact Kryss by emailing kryss@1dogatatimerescue.org