Snowy (was Charlie but we already had a Charlie so things got confusing.) was surrendered into rescue due to growling at the 3 very young resident children whilst he was eating. He had never shown any previous aggression with children and generally is fine with them however does show guarding tendencies over his food bowl in rescue that would indicate that the kids continuously tried to take it away from him whilst he was eating. He does eat quite happily alongside the dogs here and doesn’t guard his bowl from them and is quite happy for us to remove it when he’s finished his food. Unfortunately, due to the fact that he has shown some very mild food aggression and guarding behavior we cannot place him with children aged under 13. 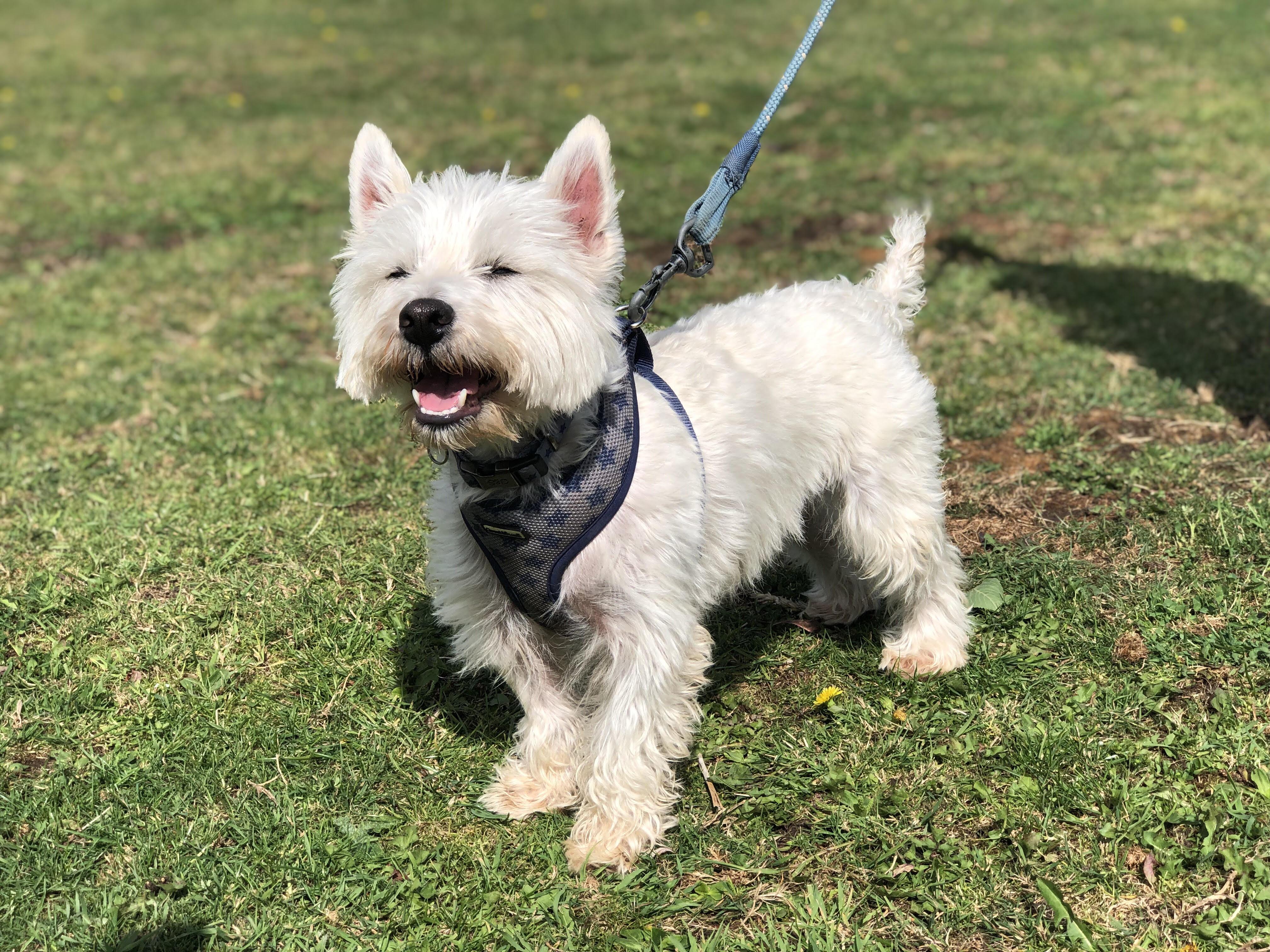 Snowy is a complete bundle of energy. Unfortunately he has lacked some early training so is incredibly unruly in the home. He has no respect for boundaries or people and will jump all over sides and guests. There’s no malice in him he’s just crazy, excitable and needs some firm boundaries putting in place by an experienced owner who understands the breed. He would benefit from some training classes to help him learn how to behave politely around people and other dogs.
Whilst Snowy has been fine with the other dogs here and happily shares his suite with some canine friends, he also lacks social interaction with dogs and struggles to pick up on their ques. He can be a bit much for some dogs and nips at their bum to initiate play. A young playful dog would be a good companion for him but he may struggle to go with an older, grumpier dog who does not have the patience to tolerate a puppy. He will not listen to dog ques when corrected so does need some human intervention when he gets a bit too much. He is essentially a 3 year old puppy and his potential adopters are going to have to go right back to basics with him. He does know “sit” “off” “away” “no” and “this way” (recall) he also walks well on the lead and has a good recall off of it. 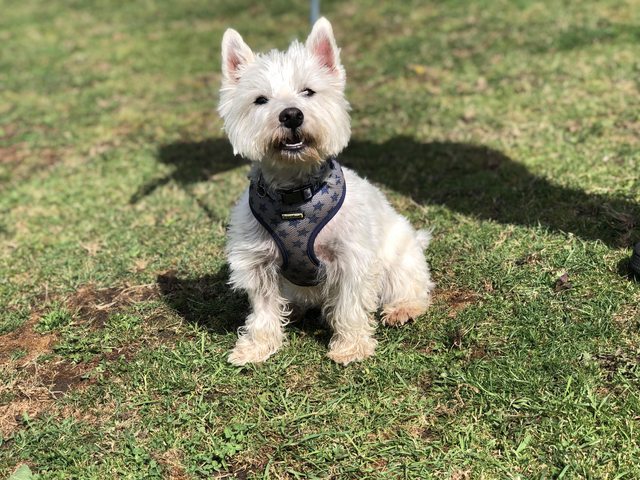 Snowy has shown some mild separation problems initially whilst being assessed but happily settles in a covered crate with the radio on now. We think the stress of coming into rescue and having so much change has set off some anxious behavior in him that if given time and managed correctly, will settle down eventually. There has been gradual progress made in a short space of time already.

Fosters report that he was initially allowed to sleep on the bed at night but started guarding and baring his teeth when people came back into bed after leaving, so he was removed from the situation, this in turn caused him to tantrum and scratch and bark at the door. He needs an incredibly consistent routine; he will need to be crated at night and adopters who will be patient with him if he cries as the likelihood is he will for a while at first. 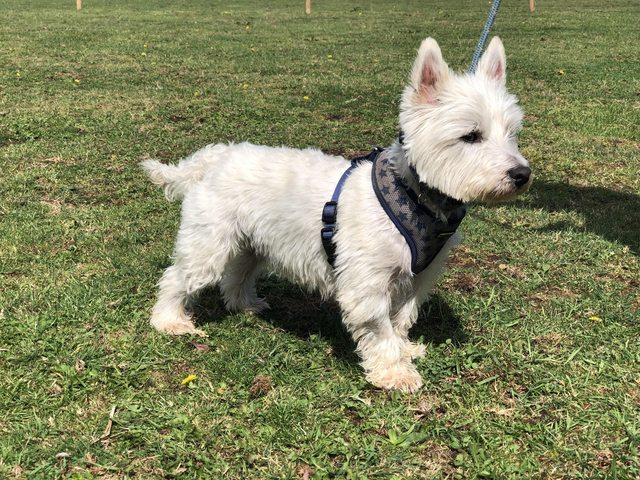 Snowy is still very much finding his feet. He has shown a few tantrums at being corrected and does not understand why he cannot do exactly what he wants anymore. He needs experienced adopters who will be firm and consistent with him and patient with early settling in problems. He will be a rewarding little man in the correct home and it’s reported that he’s utterly perfect during the day, just quite stroppy and vocal at night. This is due to getting his way for an incredibly long time and not understanding that he cant sleep on the bed and guard it from everyone. He does not guard the sofa or other things, nor have a problem sharing anything with his canine friends. He is generally incredibly social and loves everyone; he just needs an experienced home to teach him new behavior.

Snowy is high energy, very smart, a good car companion. He likes bellyrubs, treats, walks. He dislikes children hugging him, loud noises, hoovers – with a passion. He will need to be put away when you hoover.

Snowy needs a home that will cater to his energy levels and lack of training. He needs firm consistent boundaries put in place in order for him to succeed. He will need someone patient and fun who can get out there and enjoy life with him. He is such a social little man and has a lot to offer a home. Snowy will need potential adopters to work with his issues and not place unrealistic expectations on him for when they need to be fixed. Working with undesirable behaviours can take longer than a couple of weeks for the dog to settle in to it’s new environment, so we ask that applicants thoroughly consider their abilities and dedication when applying for Snowy, as with any of the dogs here at Pupcakes.

Snowy is neutered, vaccinated and microchipped and will be subject to a home check and adoption donation.

Pupcakes offer all adopters 4 weeks free insurance with Petplan and a complimentary voucher for a box of free food from “Nutriment Raw.”