Spike is a 7-8 month old male Staffordshire Bull Terrier Cross. He was found by the dog warden and brought to the pound as a stray. He had no registered microchip and no one came forward to claim him, so he became the responsibility of the pound after two weeks. Spike is a gorgeous staffie mix and he’s only a puppy. He’s estimated to be around 7-8 months old and he’s a ball of energy. 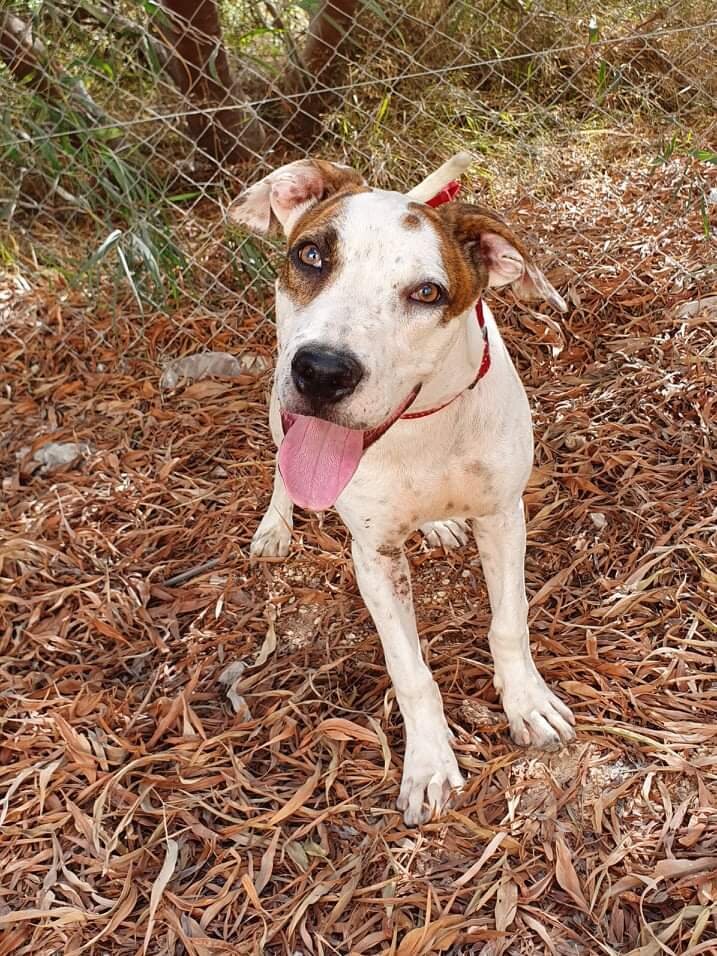 Spike is very friendly and plays well with other dogs. Because he can be a bit boisterous he would be better suited to a home with other dogs of his energy levels, but he would enjoy having a playmate. He loves tug of war and having a good run around the yard. Being in the pound doesn’t allow for much expenditure of energy so we’re sure once adopted Spike will have lots of fuel to burn from his time cooped up. 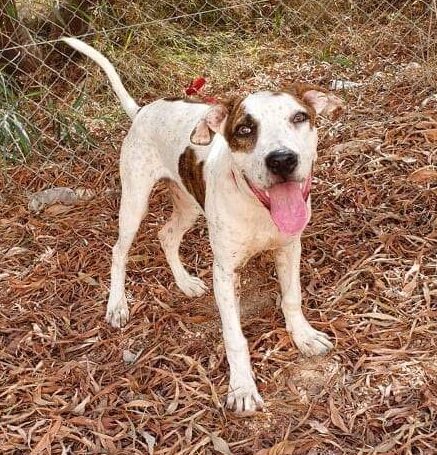 As he’s only a puppy, and a strong one at that, Spike would benefit from some basic training. He is keen to please so would respond well to positive reinforcement and this will really help shape his behaviour as an adult dog. He’s getting better on the lead but is strong and can sometimes pull, but again this is all new to him so it’s to be expected. 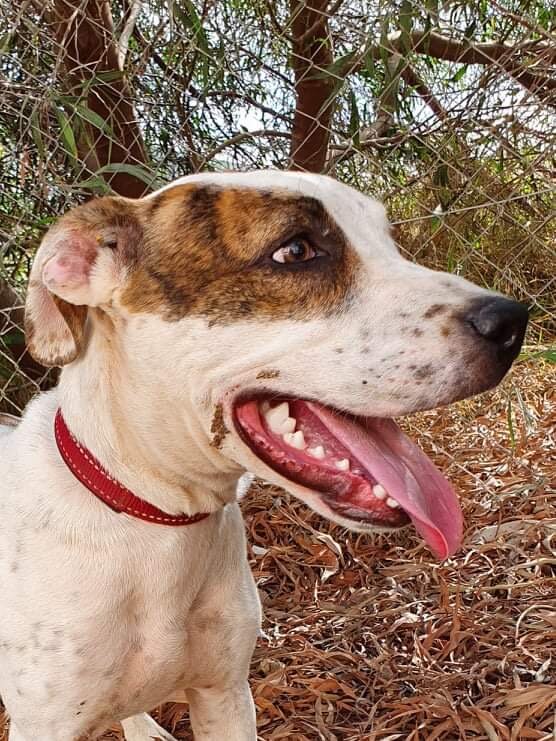 Spike is looking for an active home with a garden. He’s a confident, enthusiastic boy and would be absolutely thrilled to have a family of his own. He’s very affectionate and trusting and we know he would make a truly loyal companion given the opportunity.