Stanley is a 6 year old small Cypriot Terrier cross (7 kg), who is looking for a quiet place where he can be spoiled rotten by dog savvy human/s, ideally at home a large part of the day. Our Stanley bonds strongly with his owner so would suit a one- or two-person tranquil household, as he gets stressed with too much going and coming in a busy home with children. He loves to be near his favourite humans and is generally happy resting or sleeping close by them. 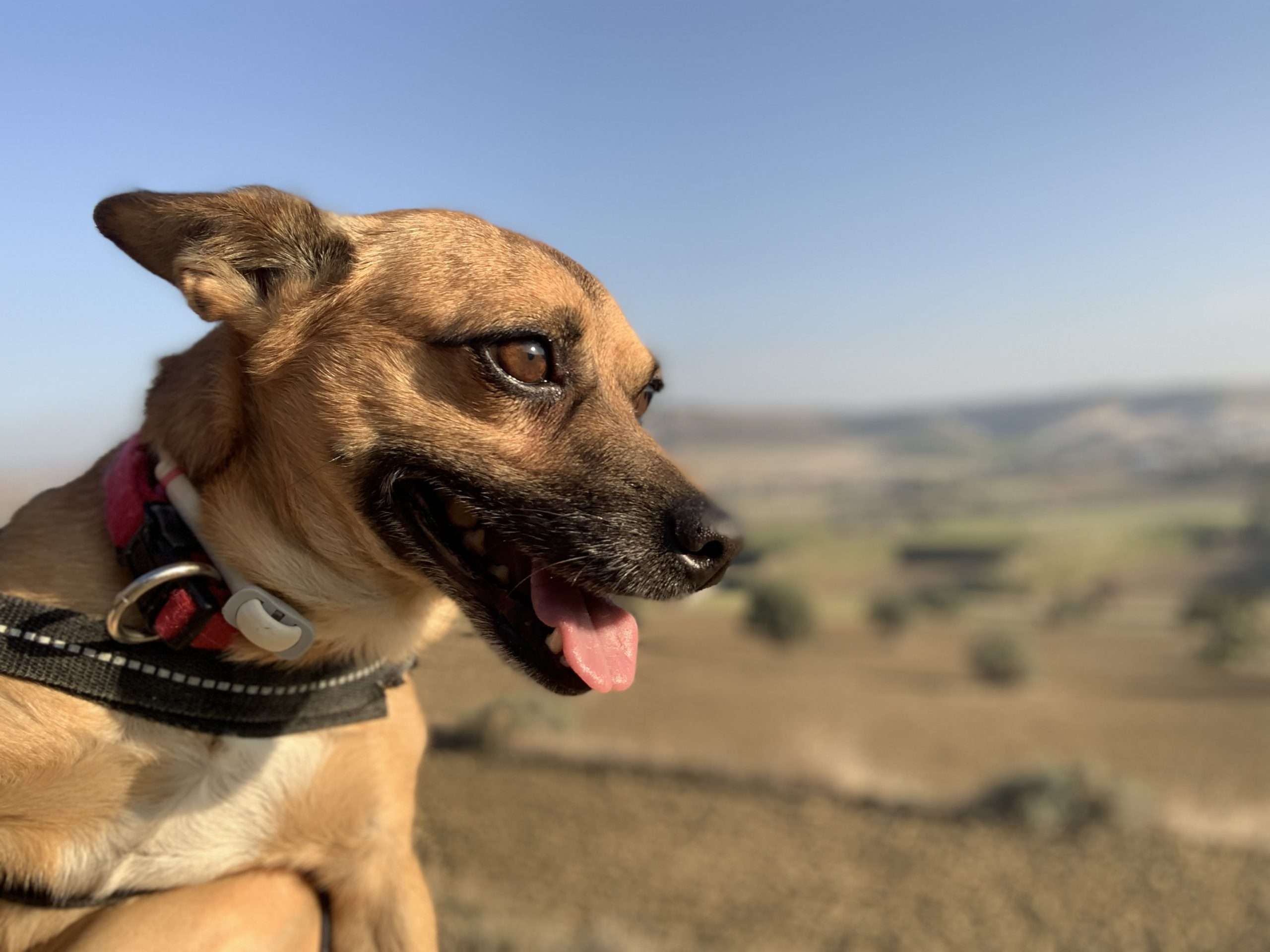 Stanley will happily spend a couple of hours, once or twice a day, in his covered crate, where he will generally settle down and sleep, provided there are people around in the house. Stanley likes to nose his treat ball around to release the treats inside and to savour small chews such as carrots or broccoli! He is highly motivated by food treats such as cheese, which helps with training. Stanley learns quickly and loves various training games.

Our boy loves to go out for his walks and runs eagerly to have his harness put on. He has 2-3 short walks a day and loves to sniff, but doesn’t need to cover a long distance. He is alert and vigilant to sights and sounds on walks and can pull at times. Continuous training has helped with this and it is not always an issue. In Cyprus, Stanley enjoyed walks with other dogs.

Since being in the UK, other dogs worry him and he tends to react to them, but is showing progress with training aimed at overcoming this. He likes to potter around in the garden at home. His new owners will need to be prepared to continue working on his positive, force-free training and building his confidence with other dogs, new people and visitors.

Stanley is house trained, if given regular walks. He travels well in the car. Stanley could learn to live with a dog savvy cat. He has all vaccinations up-to-date, is castrated and holder of an EU pet passport.

Stanley is currently in Wokingham, Berkshire.

For further details about adopting a dog from S.O.S.- Save Oroklini's Stray Dogs, please email: sos.dogs.cyprus@gmail.com

This rescue rehabilitates and rehomes dogs and puppies to the U.K. from Oroklini, Cyprus. With a rehoming team based in the U.K., we rehome directly from Cyprus, or via our network of foster homes throughout the U.K.