Stormi is a 6-8 month old female Cane Corso. This stunning girl has only been in rescue for 5 days and is well and truly making a statement.

As beautiful as this girl is she is very much a typical guardian breed and is not for the novice, inexperienced or first-time large breed owner.

Even at her current very young age, she is already displaying known Corso breed traits. She is fearlessly confident that at times will push her luck and try to get an upper hand. Firm and direct corrections are keeping these in check which she immediately responds to. 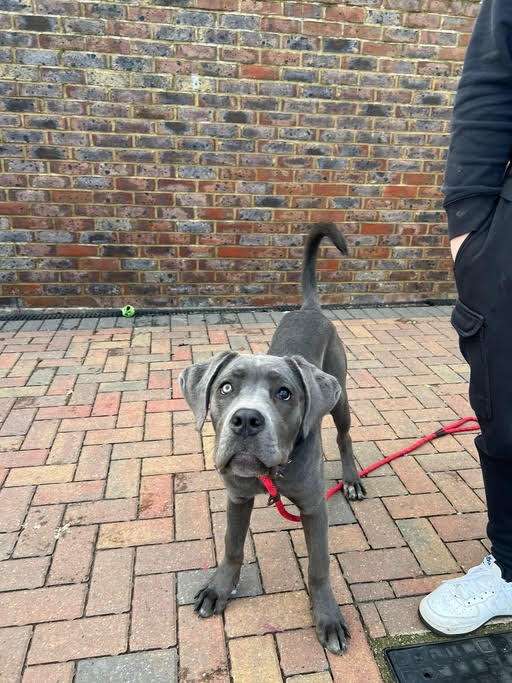 She is playful and affectionate within her current foster pack (including 3yr old child) but she displays a dominant and firm immediate lack of trust to initial strangers in form of low growl/bark, again correction is given and her attention is redirected to ignore or watch my show there is nothing to worry about (me saying hello first) before allowing her to approach should she wish if not we just walk on by.

She has and will give a warning snap if disapproves of a stranger in her space who hasn’t listened to her first warnings. She was initially showing signs of resource guarding her food (amongst the pack, not humans) but this has since subsided since feeding her amongst the pack where she learned no dog is allowed to approach or touch another bowl so food is safe, however, when she is in her crate she doesn’t like another dog lingering nearby and gets tad mardy but again she’s only 5 days in and it works in progress. 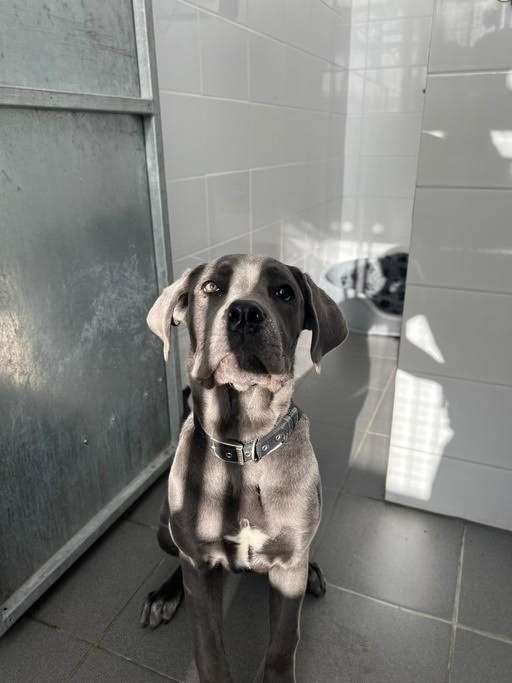 She has taken it upon herself to join the Presa Canario of the foster pack to patrol the property perimeter (garden) throughout the day/evening to make sure all is in order.

The girl is beautiful, bolshy and brave, with a cracking temperament, in the right home, with the right training she will be outstanding. She will be fully vaccinated, flea/wormed and microchipped. She is child-friendly and dog friendly.

She is not a cat or small animal tested (wouldn’t recommend) and crate trained. Stormi is house-trained (opens the door herself!). She can travel well in the car. She is currently Raw feed. She has been left for a couple of hours (crate) with no issue.

She is a hurdler so baby gates are useless. Again we can’t express enough that we understand Stormi is an out-of-this-world girl and she really is but she can only continue to be that way with a breed experienced owner.

All come full vacinated, microchipped and neutered if old enough, if not the adoption contract will stipulate that this is done as soon as old and this will be checked up with your vets.