Sweetie is a 6-7 month old female Italian Segugio cross Hound. River and Sweetie were rescued from the middle of nowhere during a storm. A kindhearted couple who had noticed them the day before went back to where they’d seen them in the middle of a downpour, concerned about their welfare. Right enough, the kennels in which they were caged were completely underwater and the dogs were running scared in the rain. 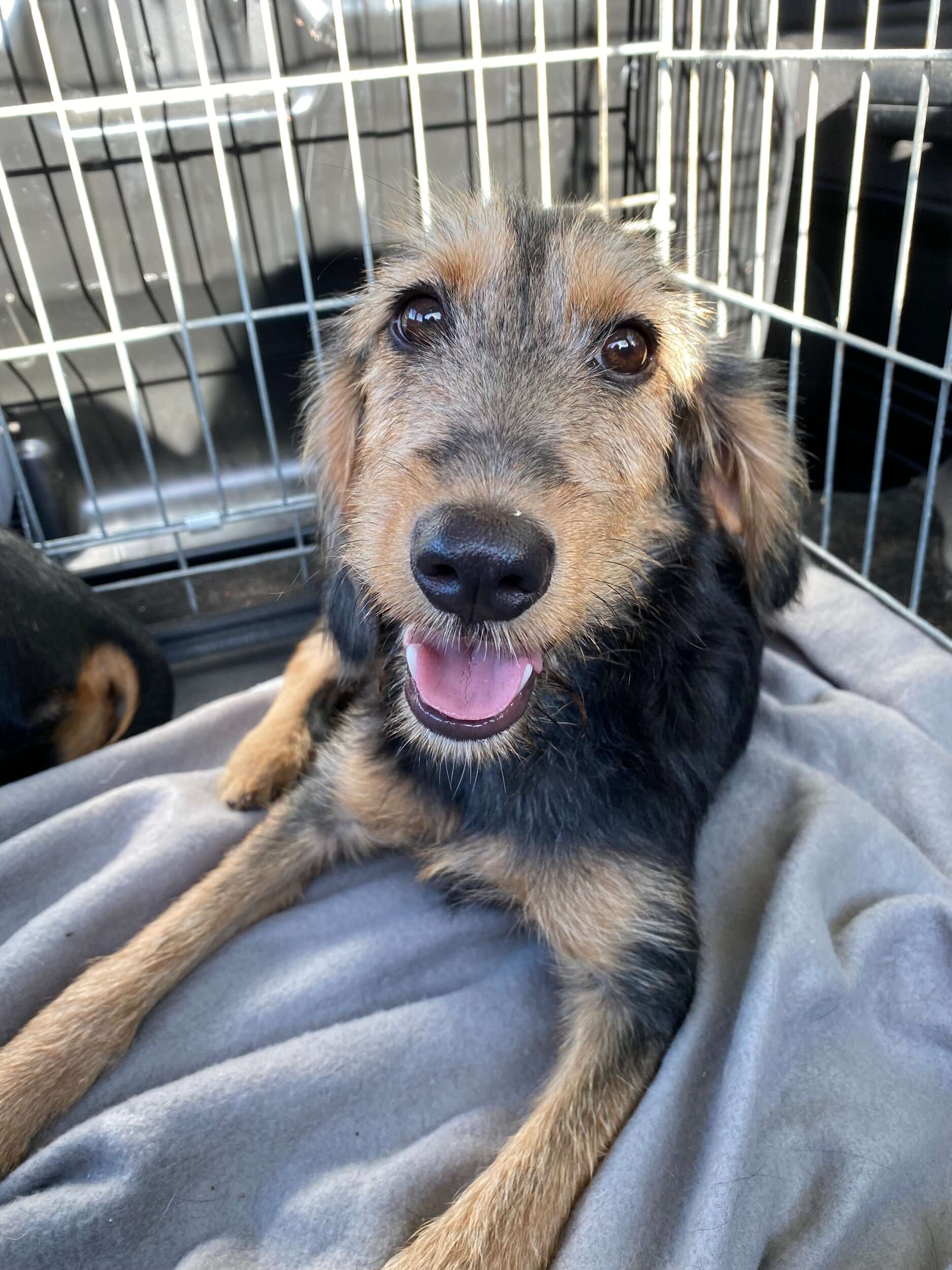 It was likely that the girls were going to be used for hunting or breeding considering their breed. However, the conditions they were living in were awful, so the couple took Sweetie and River with them and started looking for help. We’re now looking for homes for the girls, who are presently in boarding kennels in Cyprus whilst we find their new families. 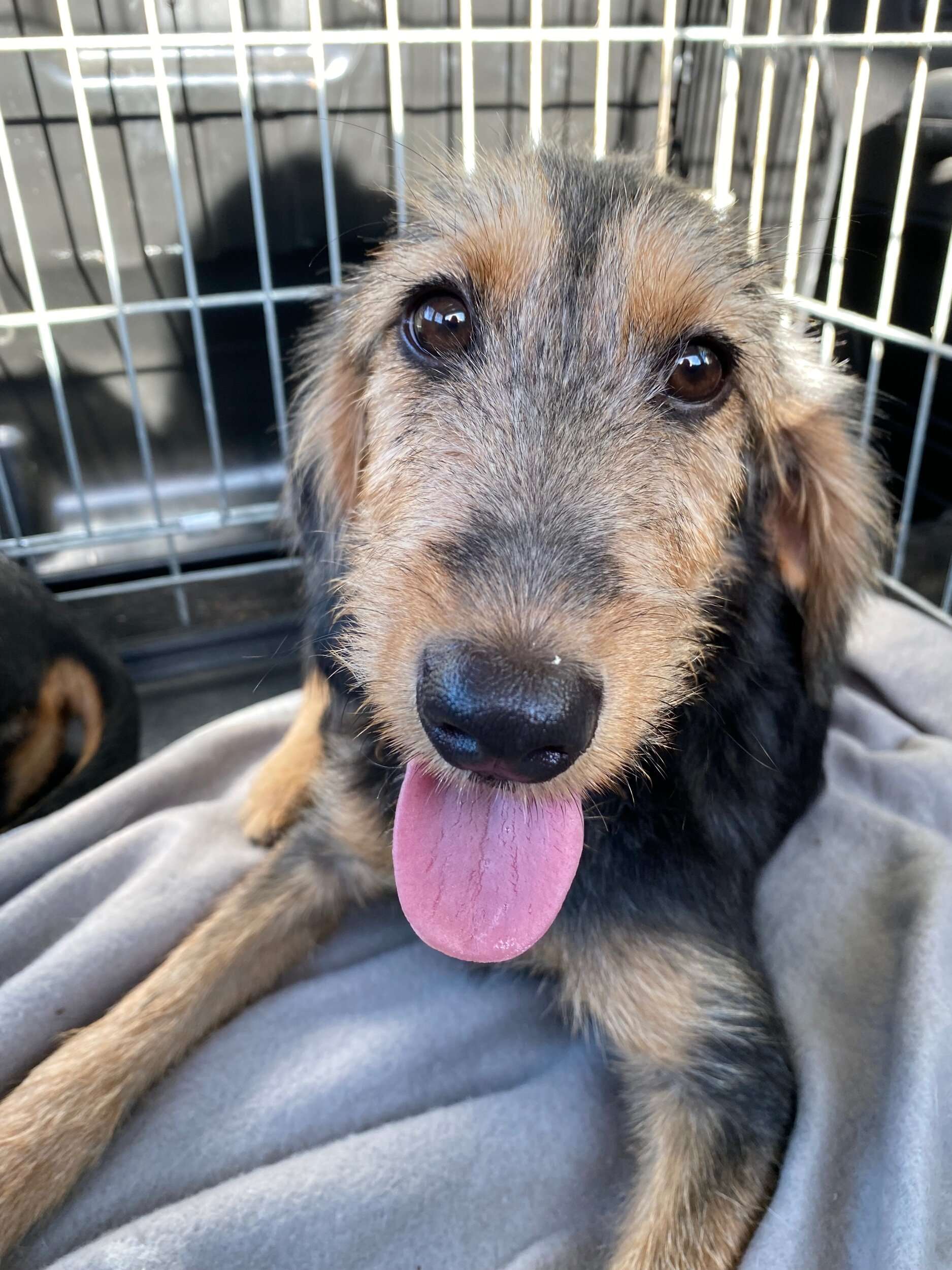 They are both beautiful souls and very gentle pups who need patient, calm, and gentle families to help them gain confidence and come out of their shells. We have made the decision that the girls shouldn’t be rehomed together, as they tend to make each other more nervous as they feed off one another’s energy. 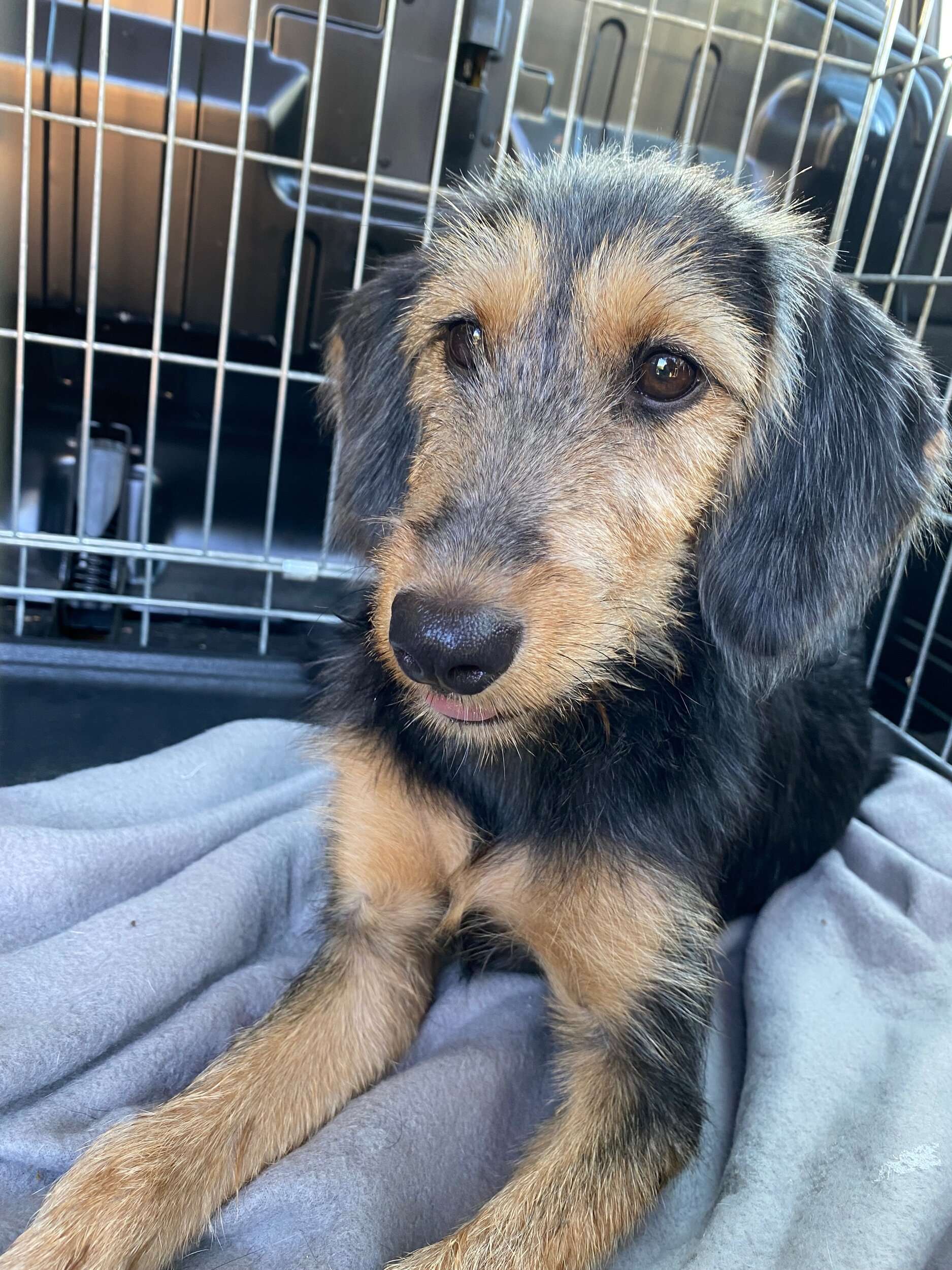 Instead, we’re looking for homes for both of them with other confident, balanced dogs who can help them settle into a companion lifestyle. Sweetie is the smaller of the two. She was named based on her temperament – she truly is the sweetest little thing. Sweetie has a charming personality and is always the first of the two to approach new people. 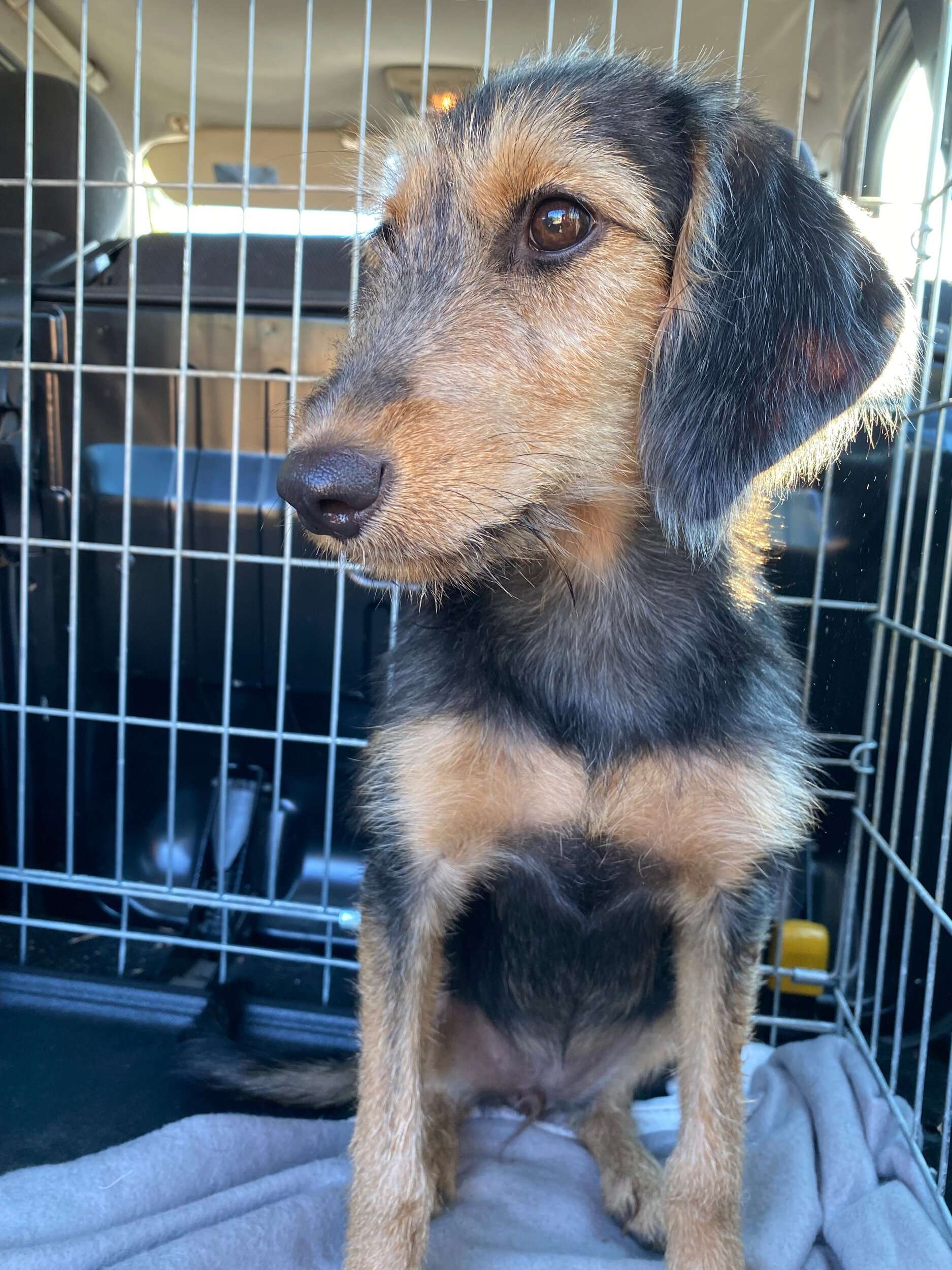 She is very cuddly and loves to be fussed over once she trusts you. She is happy being picked up, handled, and had her ears cleaned without any complaints when she first arrived at the kennels. She did have a sore knee when she arrived but we think that might have been caused by trying to escape from her flooding kennel. 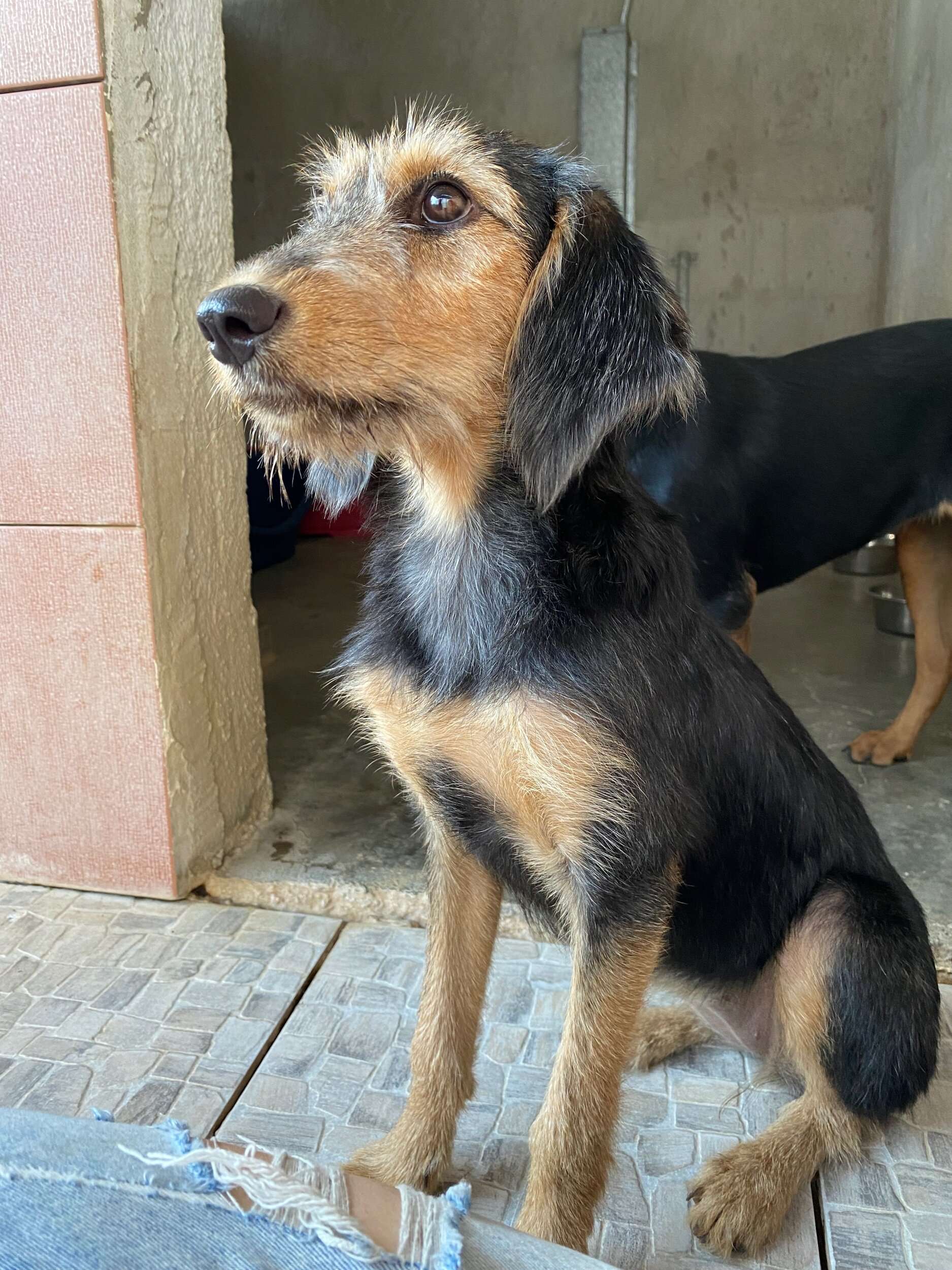 Following anti-inflammatories, she has completely healed and has no issues charging around the yard with other pups! Both of the pups are looking for homes outside of the city. They would prefer to live in semi-rural areas away from busy roads and lots of noise, and they both need homes with direct access to secure gardens. 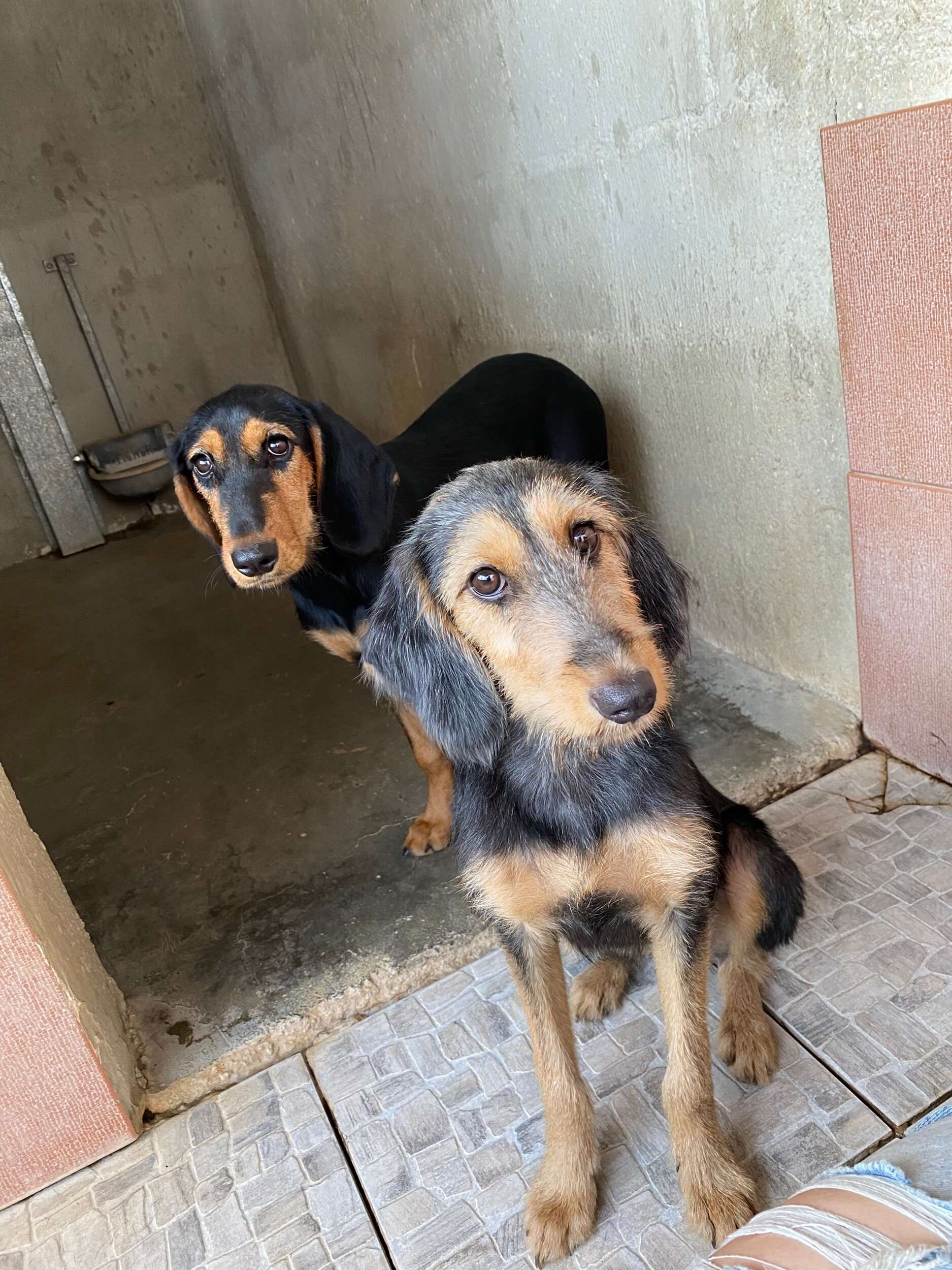 They have not had any experience with cats, and both girls are looking for homes with other resident dogs. Whilst they’ve never shown any adverse behaviour towards children as they can both be shy, we’re looking for homes with children aged 9+ so as not to overwhelm them. River and Sweetie are based in Cyprus and both have a clean bill of health. They are ready to travel in December.