Taito is a 4 month old male Cross-Breed. He was brought to the shelter after he was found roaming around a village.

A local family said that he’d been in the neighbourhood for a while and that three families had tried to adopt him and then later decided against it, so no one was taking responsibility for him.

Taito was just three months old when he came to the shelter and knowing that he’d already had three homes at that time we were actually hoping no one came to pick him up as he quite clearly deserved better.

It’s important to stress that we think Taito was bouncing from home to home because people didn’t understand the commitment of a puppy.

We don’t think that there’s anything specifically notable about Taito’s behaviour that has caused him to be unwanted, in fact, since he’s been at the shelter it’s been quite the opposite. 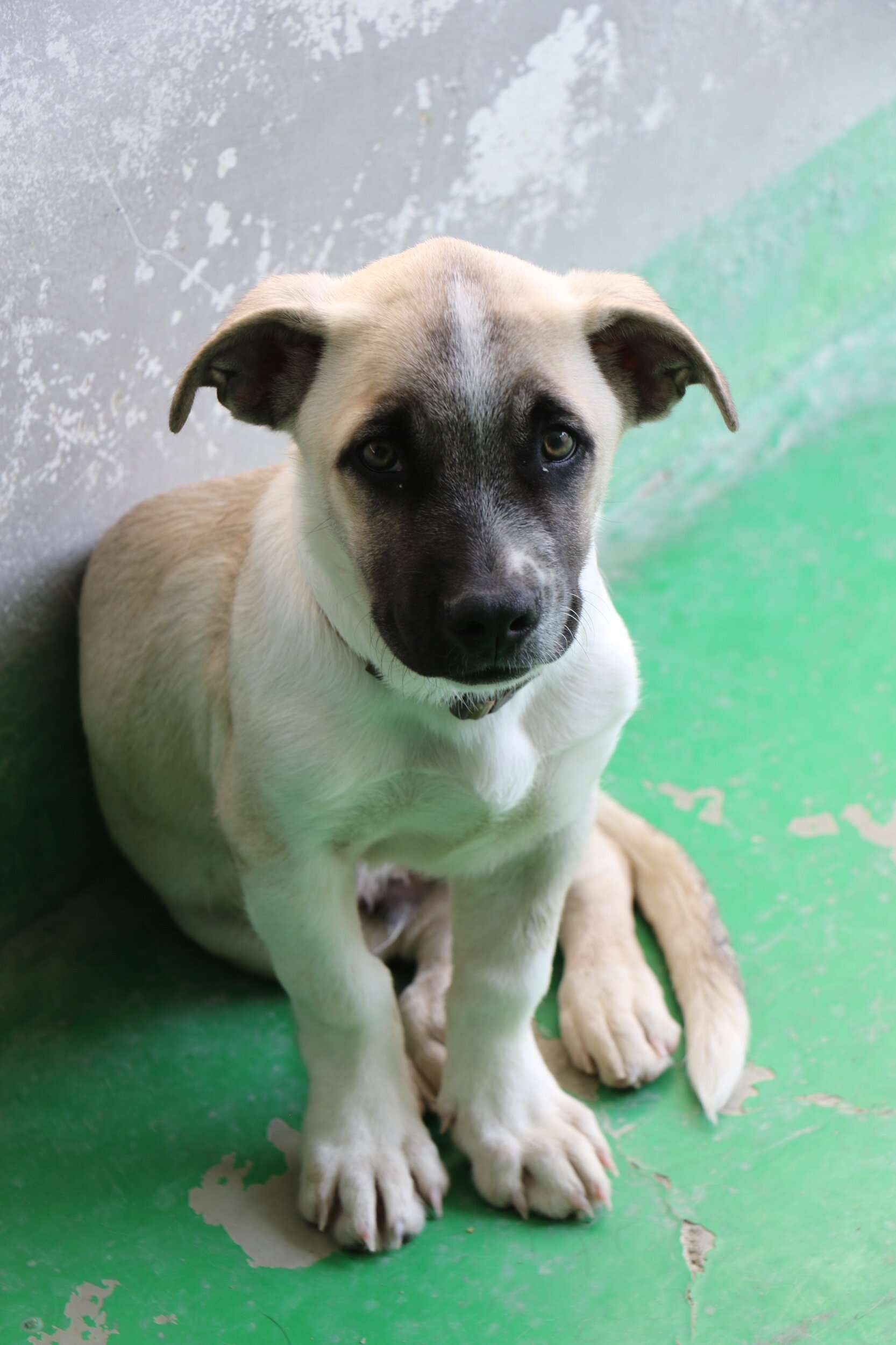 Taito is fantastic with people. He’s very sociable, friendly and trusting, he adores affection, and he is confident around new people. Taito is an unusual breed mix.

He’s got a long body and short legs, with a strong bull-breed type head and the most expressive eyes you ever did see. When he wags his tail while he walks his whole body wiggles, he’s like a slinky. As he’s short and stocky we think he will remain so as an adult. 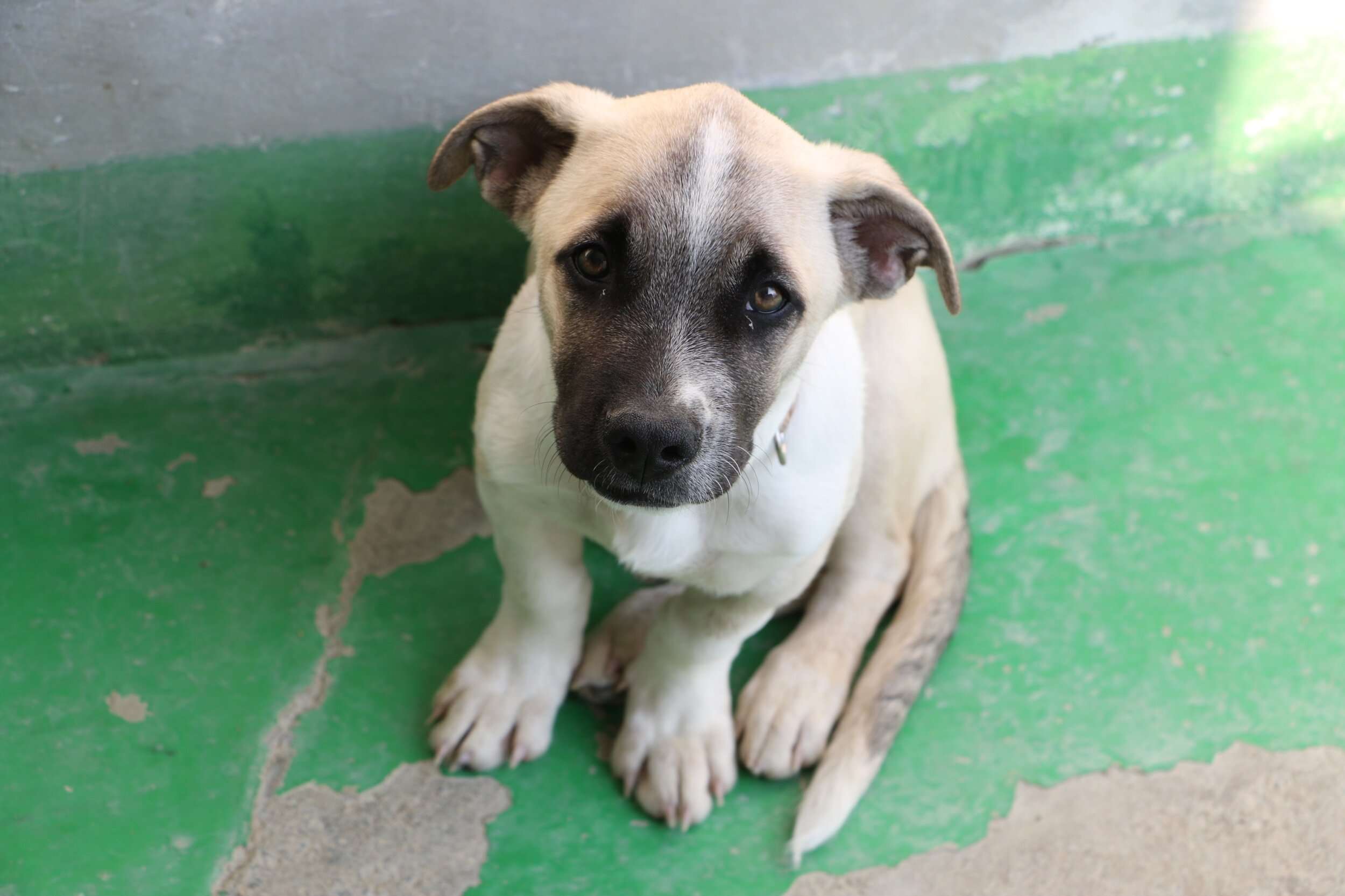 Taito is great with other dogs. He’s been friendly and playful with a variety of different dogs he’s been paired with since he arrived in the shelter and he’s never shown any poor behaviour towards them.

He enjoys their company but also doesn’t rely on them, so he could be rehomed with other dogs but would also be confident enough to be the only dog in the household. 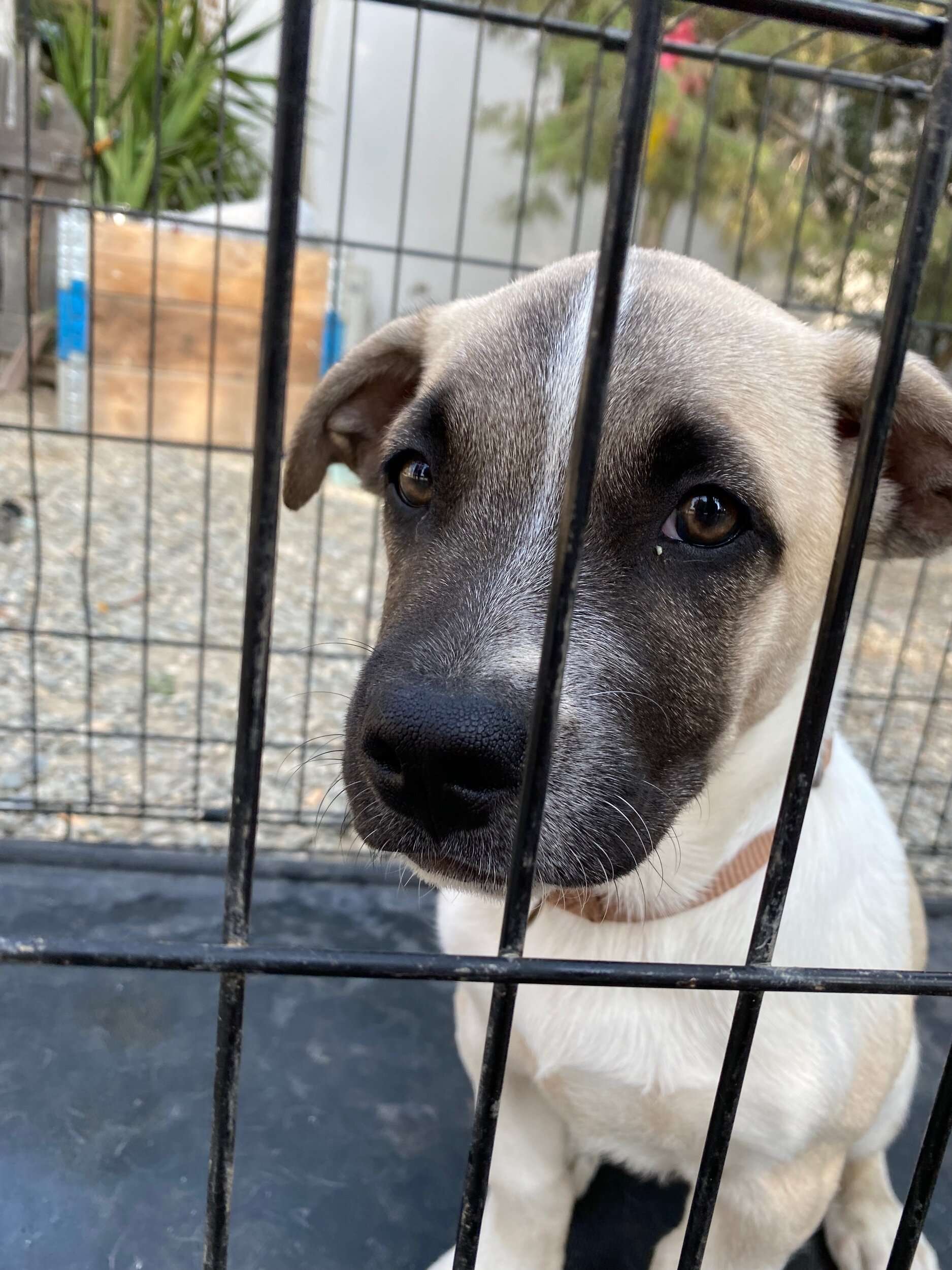 One thing we have noticed is that Taito does appear to show signs he could develop separation anxiety if left alone for long periods of time, and this is common in new rescue dogs, especially those that have experienced a lot of movement and abandonment.

Taito will do the most heartbreaking, soft little howl when left alone, and looks through the bars of the fencing with his sad little eyes, waiting for you to come back. 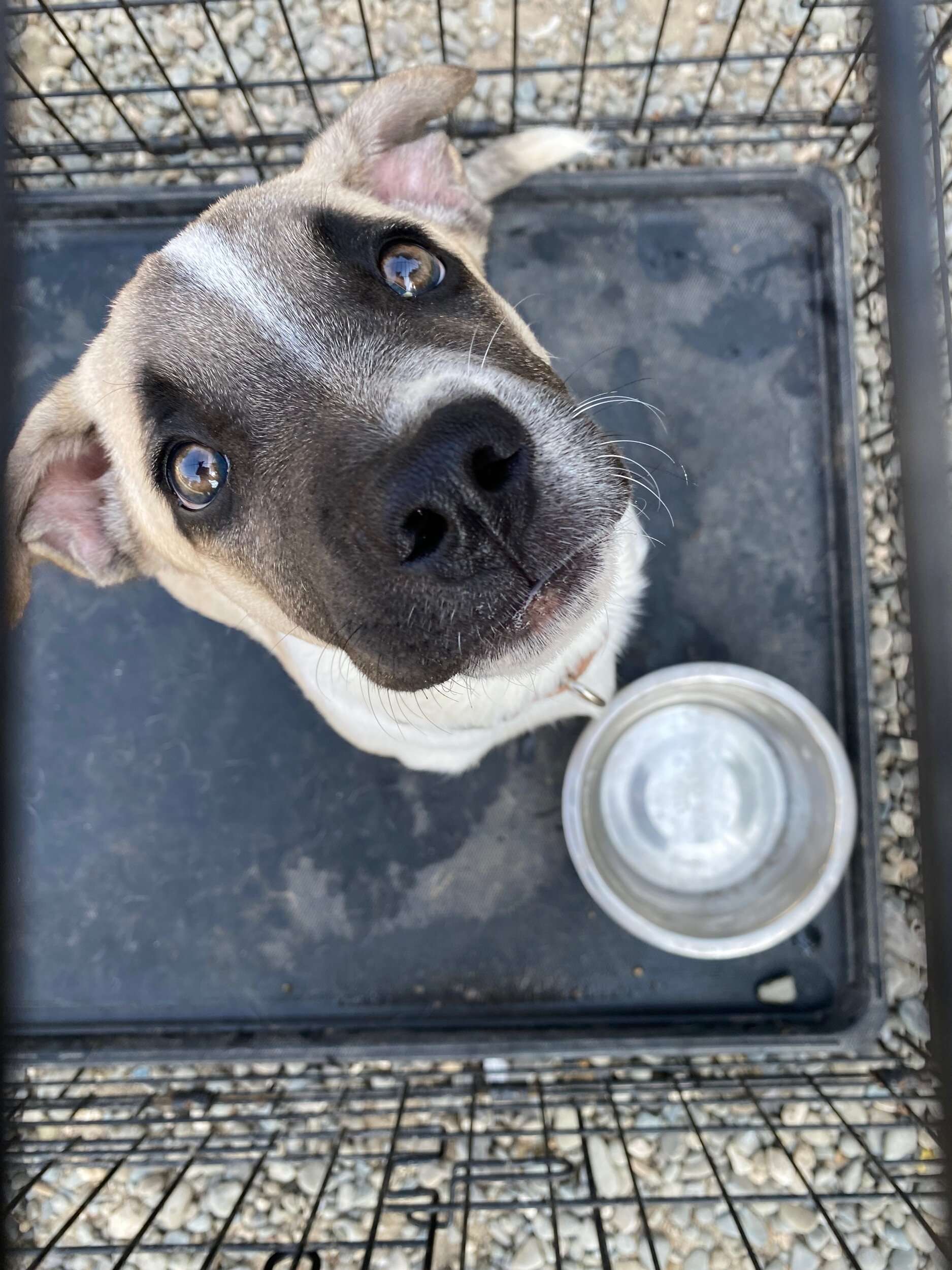 With routine and reassurance, Taito’s confidence will improve when left alone, but he wouldn’t enjoy a home where he was left for hours at a time. He loves being around people so much.

Even when he’s in your company he won’t continue to pester, he will just sit politely next to you and enjoy being close. In case it wasn’t obvious, we love him.

Taito has not been tested with cats but can live with children. He does get excitable but responds well to direction and will pick up new training well given the opportunity to learn. 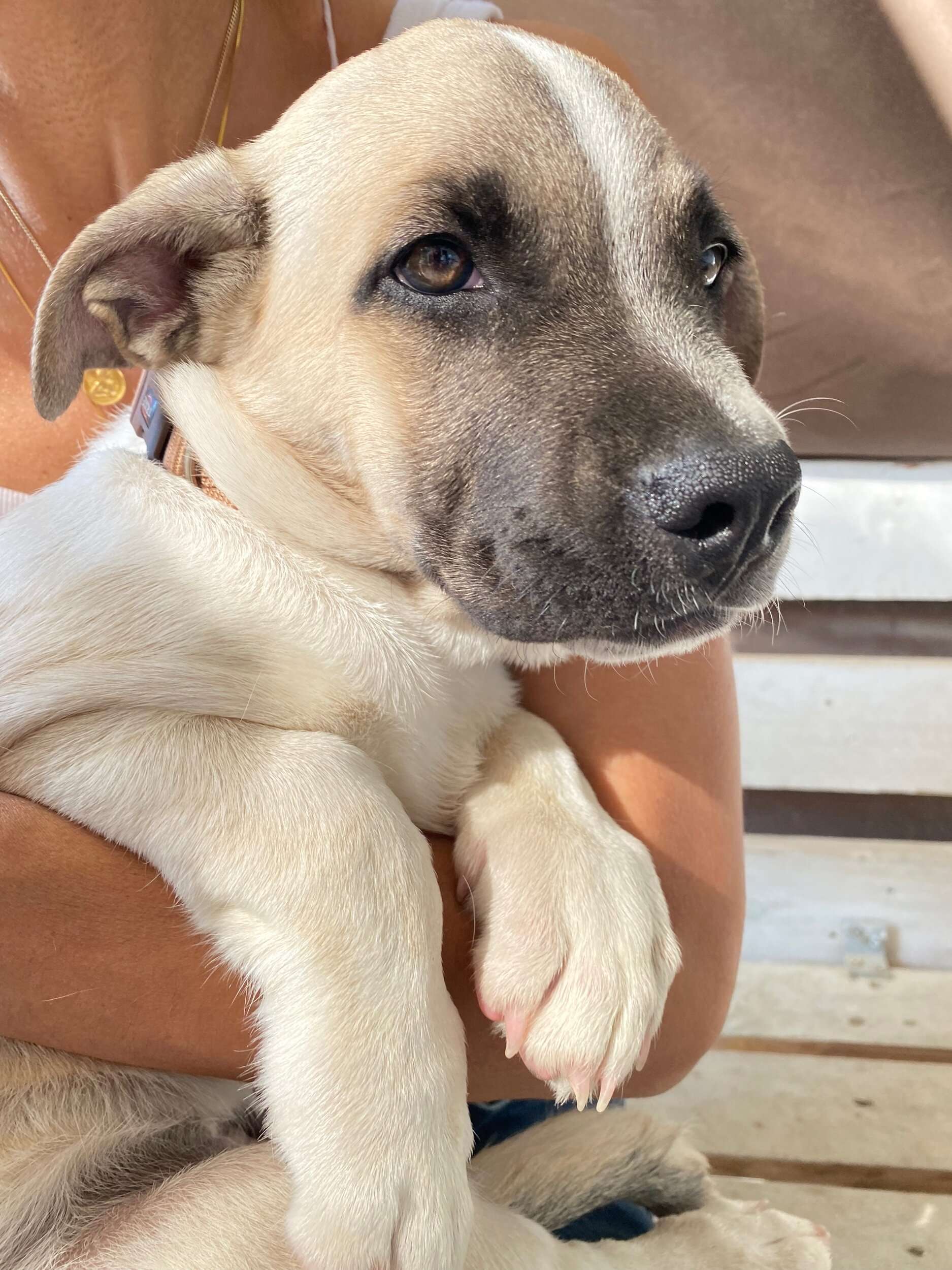 He can get a little overwhelmed by loud noises but would be able to adapt to a suburban setting with a little time and patience. He would really enjoy having his own garden to play in and needs a moderately active pace of life.

He is very balanced though and although he likes being out and about he’s also happy to just curl up on your lap for a snooze once he’s all tuckered out.

Taito is currently based in Cyprus and has a clean bill of health. He is ready to travel in December.