Ted is a 2-3 year old male English Springer Spaniel cross English Cocker Spaniel. He has come into rescue due to resource guarding and biting. His first home had him from a puppy but he bit the wife and lunged at the 10 year old daughter, frightening her. However, he never bit the husband. They rehomed him to a couple who had him for several weeks but he bit both of them resulting in 3 bites in total so they returned him to his original home who turned to us for our help.

Ted is a resource guarder who is very possessive over anything he deems his, including his bed and toys. He can become possessive over random physical objects and objects he steals that he knows he should not have. His owners also found him possessive over the sofa and their bed. He had started to make huge progress with training in this area but this will need continued work in a new home to maintain. 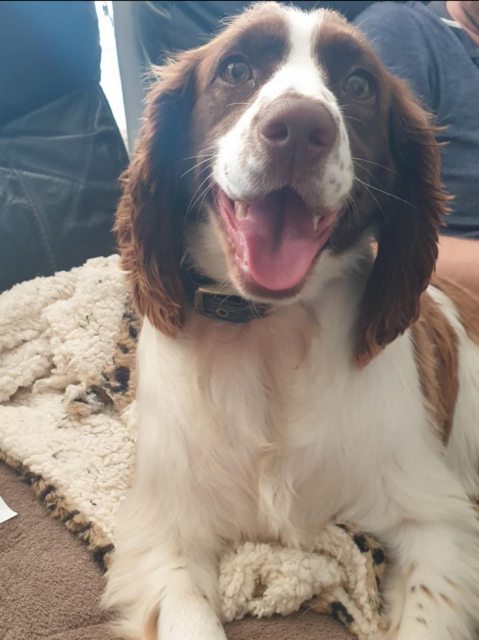 Ted does know a “leave” command and also a “give.” Both of which are key commands in dealing with his resource guarding behavior. With a high likelihood it could happen again if measures are not put in place to keep everyone safe and the training implemented is not continued. If his behaviour and anxieties are not managed and his boundaries/body language are ignored he has full capability of progressing higher up the bite scale.

A lot of Teds aggression is because he gets nervous and startles easily. The occasions Ted has bitten all centre around him being approached or woken up suddenly when he is sleeping, and over the sofa (also again when he is sleeping). He cannot be touched or sat next to when he is sleeping and he absolutely must not be allowed on the sofa or your bed under any circumstances.

He sleeps happily in a crate and this works for him and limits the guarding. He displays high warning behavior over physical resource but has not yet bitten over them. Stolen Objects must not be removed from Ted without necessary swap outs and commands used. Teds aggressive behavior all happens in the evening as opposed to the morning, we have found this to be a trait in resource guarding. 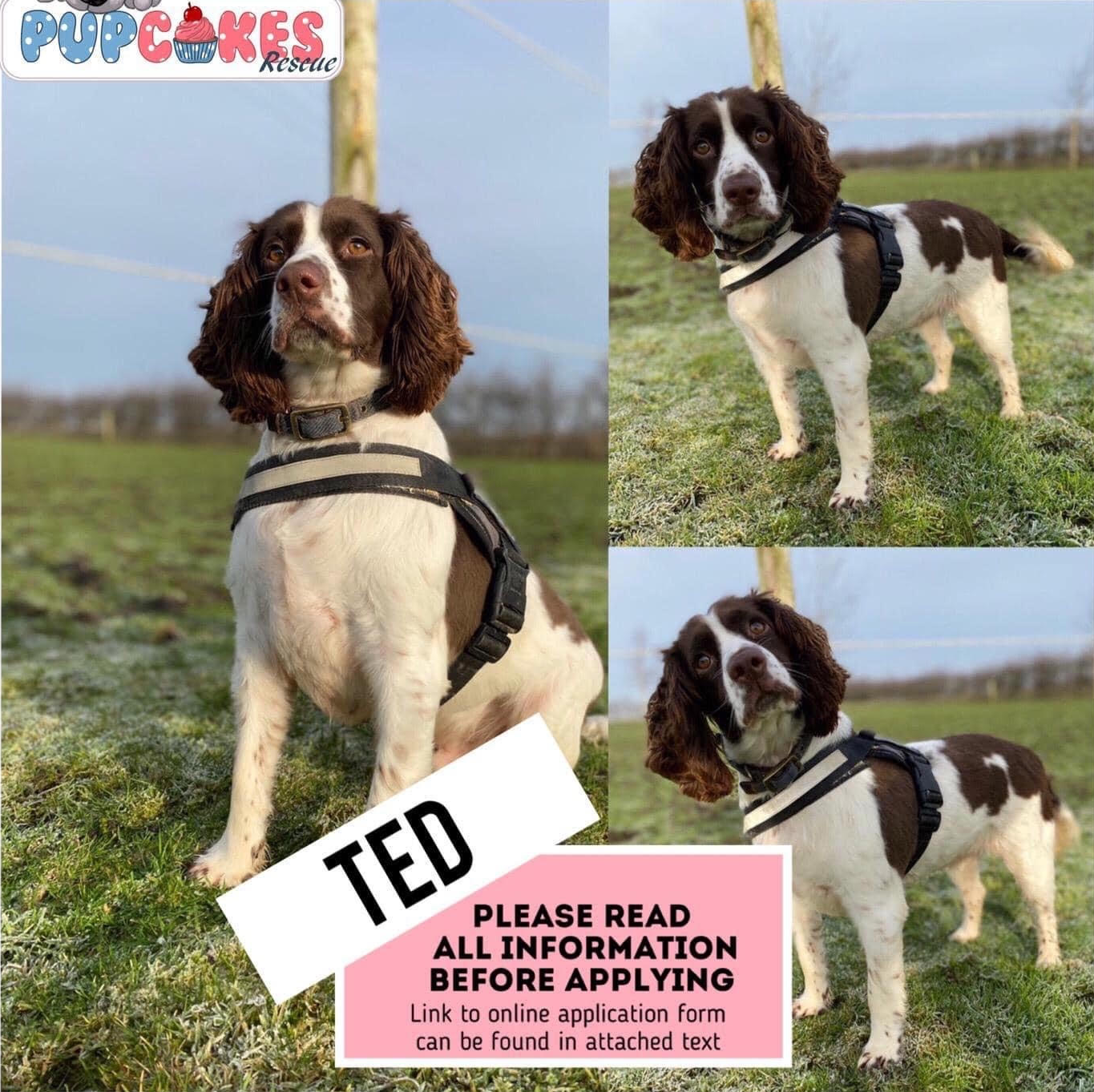 Believe it or not Ted is actually one of the most loving boys. He loves a cuddle (on his terms) and gives kisses as well. He loves it when we make funny noises and will do the spaniel head tilt.

Ted is brilliantly trained and knows “sit,” “wait” “up” “paw” “give” “off” and has started to respond to “leave.” His recall is perfect and he walks to heel and never lets you out of his sight. Any dog beds need to be removed during the day to limit guarding OR he can just have the one in his crate where he is allowed to retreat to on his terms.

Ted is very food motivated which makes him easy to train and works fantastically for a swap out. Whether it’s edible or not Ted will try to consume various things so ensuring everything is kept out of his reach is key to a successful adoption. He has been know to jump at kitchen sides, dining tables and bins. He does respond well to the “off” command.

Ted is currently under redirection training at the rescue to begin working through his behavioural issues. His new adopter will be given the information and tools to continue this training but we do expect adopters to carry on with the work we have initiated.

Teds resource guarding cannot be ignored as if he doesn’t get a response from it he will push it further. It must however be dealt with effectively to insure it does not set him up to fail. Ted can be incredibly scary when he guards something and 100% has the potential to bite if not managed correctly. We do always suggest with any resource guarder not to leave things around the dog can have access to, tea towels, paper, food packets etc and to be very careful around high value triggers like food, beds toys.

We recommend not allowing them on sofas and beds where they are level and higher to you due to the fact that they are more likely to go for your face should they lunge. They can also decide to start guarding the sofa whilst you sit on it. With a lot of space guarders they like to escalate from furniture to rooms so keeping furniture off the agenda helps hugely.

Ted needs to learn that guarding something has the opposite effect of what he is trying to achieve. Should he start showing any sort of reactive/guarding behavior a slip lead must be quickly placed on him with a firm “no” and he must be removed from the situation and put somewhere else to calm down.

If the reason for guarding was a physical object it can then be safely removed before he returns, if it is a smaller object he is holding onto then he must be offered a swap out for something of higher value (chicken) and a “give” command and again removed from the situation. This may need to be repeated many times before it makes sense to him. Provoking, Caesar pinning and challenging a resource guarder/reactive dog will all end in you getting bitten. The trick is to deal with it calmly and swiftly whilst not reinforcing it and not exacerbating it.

We are also working on teaching him a “let’s go” command to redirect his focus when over stimulated outside on walks. This can be seen under our helpful training videos section detailed “kikopup let’s go.” He absolutely LOVES being out on walks and does really well responding to treats.

He would benefit highly from intermediate training classes with his new owner to help cement a bond. He already has a good degree of basic training such as sit, stay, paw, fetch etc he is housebroken and non destructive in the home also but will benefit basic politeness and respect in everyday life and this will help with his resource guarding.

Ted must not be given bones and long lasting chews as these are too high value and will put him over his threshold. We would not recommend giving Ted toys except tennis balls when out walking.