Todd is a smallish to medium sized 2 year old male Cross-Breed. He was living on the streets of Romania fending for himself when he was rescued and taken to a private shelter. Unfortunately Todd was not amused at being put in a pen on his own and scrambled over the six foot wire fence to go look for some company. 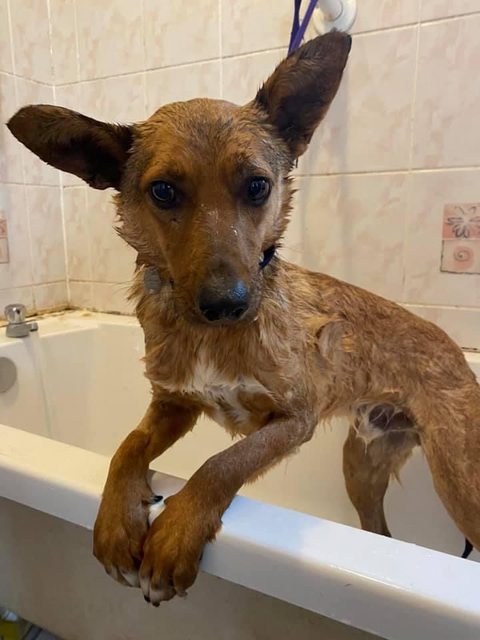 When he was caught again it was thought best he come here as soon as his passport was officially stamped as there was nowhere safe to put him.

Todd is an absolute sweetheart, he is a really fast learner and we think he would excel at agility. He has not a nice looked like he wants to jump out of his foster home and is extremely content playing with his friends all day. 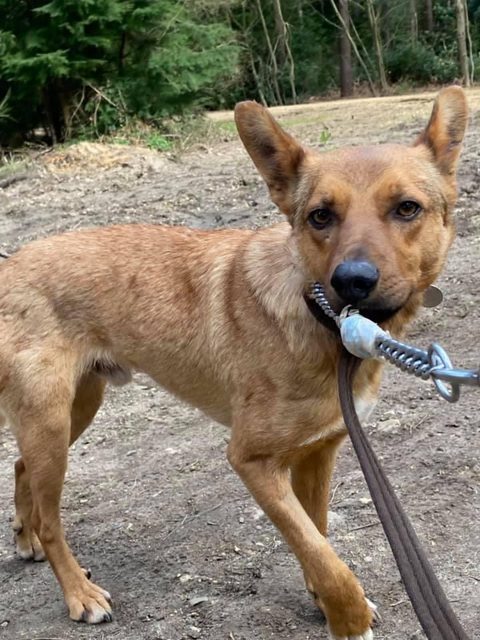 It took just one walk to lead train Todd even though he was initially quite horrified at wearing a slip lead. Within minutes he was wagging his tail and trotting along beautifully.

Todd likes everyone he has met so far, he can be a little hand shy initially but his tail will wag furiously at the mere sight of a new friend either human or canine. 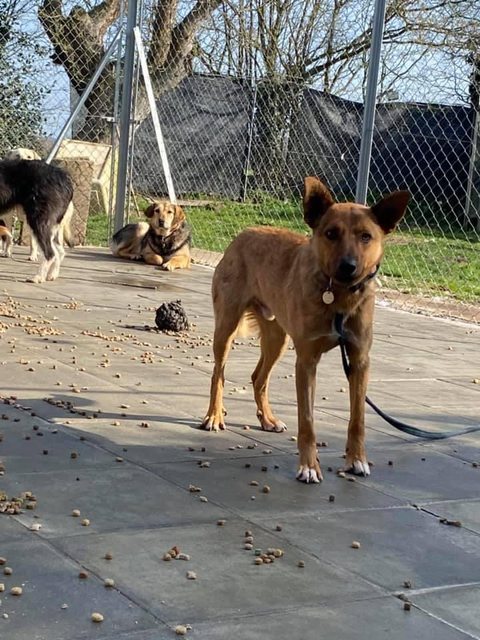 Todd is fostered in Norwich Norfolk.

Todd would like a fairly active home, ideally with another dog. He could live with children aged eight years and over. Todd has not been cat tested.

For further details regarding adopting a dog from Safe Rescue please email saferescue@hotmail.co.uk or telephone Kelly Hare 07899 844524. We are a voluntary organisation with members from all over the world that have come together to help dogs in need, regardless of their location. To date we have helped dogs from Spain, Cyprus and Turkey but the majority of our work takes place in Romania where we have built up strong relationships with many dedicated rescuers before bringing the dogs to the UK and into foster care for rehoming.

Tweet
Previous
Next
Tags:-Dogs for Adoption in East Anglia Good With Older Children Suitable for Agility Suitable to Live With Other Dogs